For Collectors, Clear Is the New Black

The blogs are buzzing this morning with news that a 1939 Plexiglass body Pontiac made by General Motors for the New York World’s Fair, sold at auction for $308,000. In fact, a lot of manufacturers of traditionally opaque goods made see-through versions of their products. Here are a few of our favorite clear things. 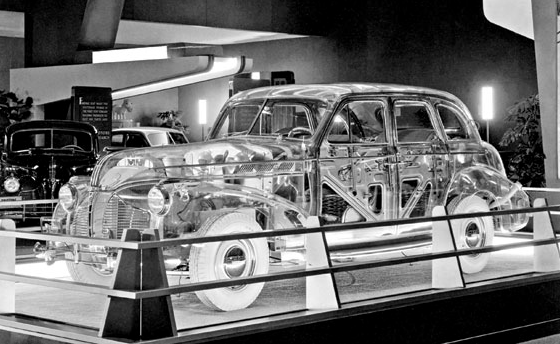 The Ghost Car. This 1939 Pontiac Deluxe Six was one of the highlights of the 1939-40 New York World’s Fair (see above), which was focused entirely on the future. GM worked with Rohm & Haas, which had only introduced plexiglass sheets a few years before. According to RM Auctions which just sold the car, the vehicle’s structural metal was given a copper wash and its hardware was chrome plated, since it was now more visible to the eye. The cost of the project at the time was reportedly $25,000, which is just over $391,000 in 2011 dollars, which I guess means the price paid at auction was a good deal. 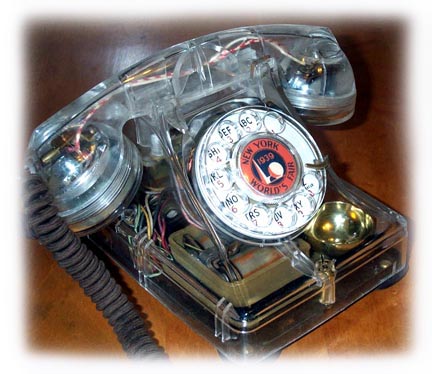 The Western Electric 302. Designed by Henry Dreyfuss, the 302 was the workhorse of the Bell System for two decades. This example from TelephoneCreations.com was cast in clear resin. Like the Ghost Car, it was made for the New York World’s Fair. 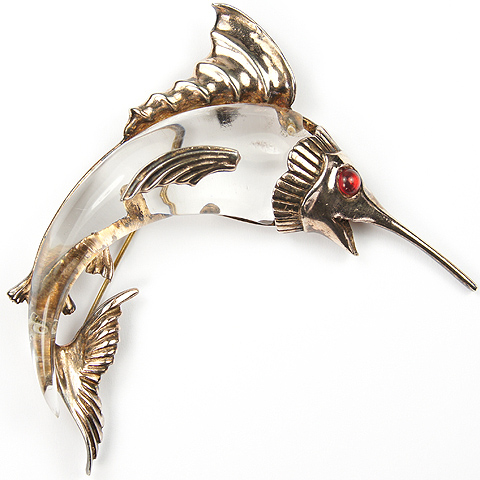 Jelly Bellies. Some of the most sought-after pieces of costume jewelry are the Jelly Belly brooches and pins, pioneered by Trifari in the 1930s and emulated by Coro and other manufacturers after that. 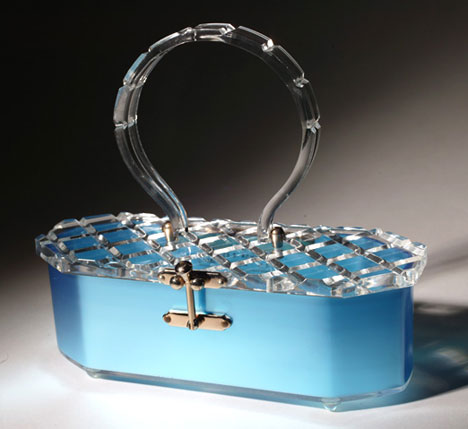 Lucite Handbags. According to author and vintage expert Janice Berkson, whose book, “Carry me!,” is the definitive work on 1950s Lucite handbags, designers such as Will Hardy and Llewellyn Bley embraced Lucite to make clutches and purses that were like mini pieces of sculpture. 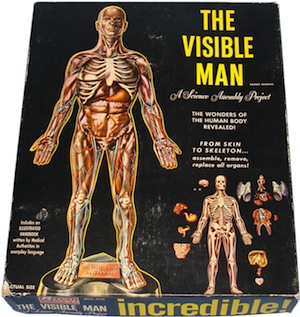 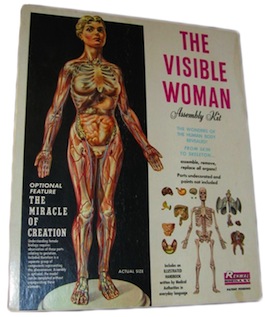 Visible Man/Woman. As Lisa Hix explained last month in her article about educational toys of yesteryear, the first Visible Man appeared in 1958, when a company named Renwal introduced a 16-inch clear plastic model of a human man with visible bones and internal organs. 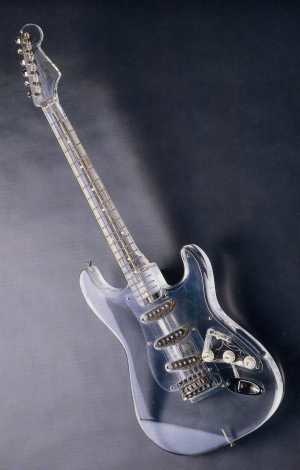 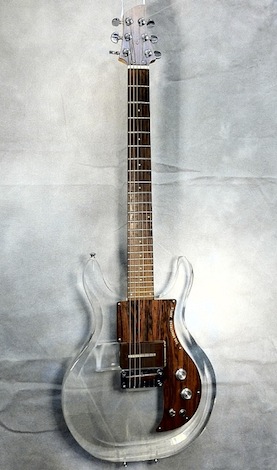 Electric Guitars. In 1957, Fender began a project to create a see-through Stratocaster made out of Lucite (above left). Completed in 1961, the prototype guitar was not put into production because, among other reasons, it weighed 18 pounds. From 1969 to 1971, guitar maker Dan Armstrong made a number of clear, acrylic-body guitars with Ampeg (above right). Those guitars were lighter because they were made of Plexiglass and had a wooden neck. The Armstrong guitars were reissued from 1998 until 2001.

What are your favorite see-through things? Let us know in the Comment box below.

The VW Bug's Rare and Quirky Czech MateRiding the Classics, from Chevys to Schwinns

Model 302 TelephonesIntroduced in 1936, the model 302 was the first Western Electric telephone …