How to Score Free Tickets to Antiques Roadshow 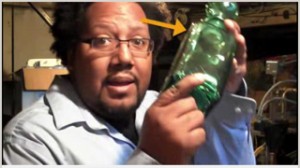 There are two ways to attend a taping of “Antiques Roadshow.” The first is to enter a random drawing for free tickets to any of the PBS program’s six summer stops—cities and dates for 2010 are San Diego on June 12, Billings on June 26, Miami Beach on July 10, Biloxi on July 24, Des Moines on August 7, and Washington, D.C. on August 21. As long as you apply between now and April 19, 2010, your chances of winning a pair of passes are just as good as anyone else’s.

This year, the show’s home station of WGBH in Boston is offering three lucky viewers the additional opportunity to win a pair of VIP passes to the show of your choice. All you have to do is enter the WGBH Lab’s Open Call program, which has been soliciting and airing viewer-produced videos since 2003.

The “Antiques Roadshow” Open Call is a first for the top-rated show. Naturally, videos submitted to this Open Call should focus on a cherished item or collection of things that have been in a family for a long, long time. With a maximum running time of two minutes, these videos will hopefully be similar in spirit to the segments that regularly air on “Antiques Roadshow,” in which the story of an item is given as much, if not more, prominence as its value.

Viewer-produced videos promise to be even more personal and revealing. Good ones will get you to a taping, great ones may be selected for airing on the “Roadshow” website or even on the show itself.

Videos may be submitted from now until the end of May, but winners of VIP tickets will be selected from one of three contest periods. End dates for each contest period are March 26, April 30, and May 28.

As for those fabled VIP passes, details are not precisely spelled out on the WGBH website, but it’s highly likely that one chief benefit will include not having to wait in as many of the show’s legendary lines to have your items appraised. But don’t make your video simply in the hopes of a free vacation with first-class air travel and luxury accommodations. Like the show’s arrangement with its beloved appraisers, getting to the show is on your nickel.