Jack White’s Third Man Records produces a large number of standard all-black vinyl records for every album it releases—but those LPs and 45s aren’t the ones that drive fans wild. No, what the fans go crazy for are the limited-edition versions, made in two- and three-colored vinyl.

The trouble is, scalpers or “flippers” have been profiteering off of the fans’ insatiable appetite for these rare multicolored records, snatching them up and selling them on eBay for hundreds of dollars. Recently, according to Antiquiet, White decided to take matters into his own hands when Third Man Records put five copies of an extremely limited double-colored reissue of The White Stripes’ first album on eBay directly. One has already sold for $510, and odds are it will never see a turntable.

Fans, many of whom pay for special access to Third Man Records through The Vault fan club, expressed outrage. White responded: “We sell a Wanda Jackson split record for 10 bucks, the eBay flipper turns around and sells it for $300. If $300 is what it’s worth, then why doesn’t Third Man Records sell it for $300? If we sell them for more, the artist gets more, the flipper gets nothing. We’re not in the business of making flippers a living. We’re in the business of giving fans what they want.” 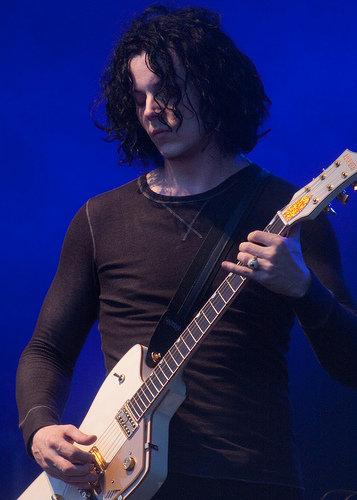 Jack White performing at the Cisco Ottawa Bluesfest in 2009. Photo by Scott Penner.

Who can argue with the fabulous Wanda Jackson getting paid (not to mention her hard-working engineers, mixers, and producers), over the opportunist guy lingering outside Third Man Records in his black SUV? Still the move has raised a lot of questions about who’s exploiting the collectors market, and how.

In our interview with Ben Blackwell, the head of vinyl production at the label, he explained, “The idea is to make music accessible. We do a limited run of these tricolor or split-color records to cater to the collectors, the people who crave that stuff. But if you’re a music fan, we’re also the place for you. [The music] will always be available.

We also get a little bit of a flack for not making this stuff available online to the worldwide market. To those critics, we just have to respond by saying that they are totally missing the point. One of the ideas behind Third Man is that not everything is just available with the click of a mouse. A lot of what we try to do is meant to be a part of a tangible, real experience. 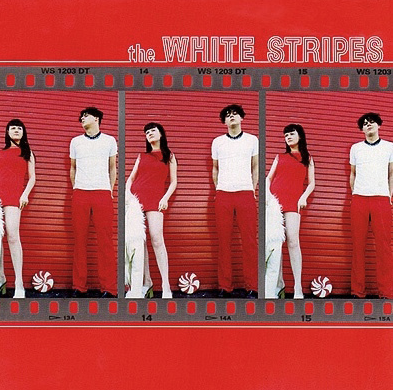 The White Stripes reissue in question.

“When we started out pressing the tricolor vinyl, we were pressing 100 copies of tricolor 7-inchers, and they were only available at our storefront. People were pissed—some of them are still pissed about it. Seeing how well it went over, but trying to respond to the complaints, we’ve tweaked it a bit. We still make 100 available in our storefront. People line up and wait overnight outside of our store to get them; some will get proxies in there, and people will flip them on eBay, all that stuff. But we also press 50 copies that we insert randomly into mail orders for that title. So you never know.”

What do you think, collectors? Read our whole interview about what goes on behind the scenes at Third Man Records.

LP RecordsThere is something about holding a vinyl LP in the palms of your hands, tou…