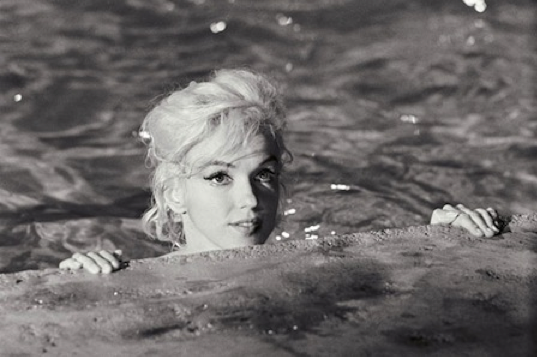 In 1962, during the filming of “Something’s Got to Give,” three photographers were invited to the set to shoot Marilyn Monroe as she swam in a swimming pool for a scene with Dean Martin. It would have been Marilyn’s last film but was never released because two months after the shoot, Marilyn was dead.

“Marilyn may have had a reputation on screen for being a ditzy blonde, but she was an ambitious actress.”

Lawrence Schiller was one of the lucky men chosen to photograph that day, and he, like the rest of the world, was unprepared for the historical shoot it turned out to be. For the first time in 10 years, Marilyn appeared in the nude for the cameras. Had “Something’s Got to Give” been released as planned, it would have been the first film of the sound era to feature a mainstream star in the nude.

The scene was sexy, with Dean Martin up on a balcony looking at Marilyn in the pool as she swam around, having fun. The photographers knew that the scene called for Marilyn to be nude, but they assumed she would be wearing a flesh colored bathing suit. When Marilyn emerged from her dressing room, she was indeed clothed in a nude-colored bathing suit, and into the pool she jumped and paddled around. Then, gradually, she began to remove the costume so that, by the last time she emerged from the pool, she was completely naked. 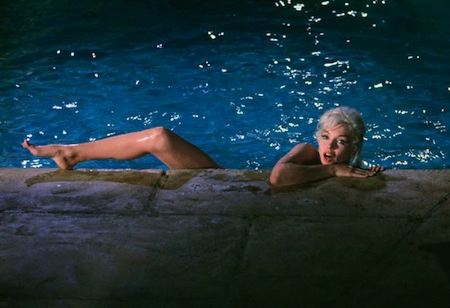 As soon as the shoot was over, Lawrence Schiller called Roger Therond, the editor of “Paris Match,” to tell him about the incredible new pictures of Marilyn. Over the next two days, Schiller took the proofs to Marilyn who edited them herself, discarding images she disliked, eventually approving the cover shot, which was to appear on the front of “Life Magazine” in June 1962.

According to Schiller, Marilyn’s motivation was to ensure that it was her picture on the front of the magazine rather than any image of Liz Taylor, who died on March 23, 2011. Marilyn wanted to make sure that Hollywood was aware she was the most bankable star. Marilyn may have had a reputation on screen for being a ditzy blonde, but in real life, she was an ambitious and focused actress who was well aware what Hollywood required of her.

(Photographs by Lawrence Schiller, available at Dig Gallery in London)