Share
Here are some of the headlines, auctions, and blogs that caught our attention over the week. 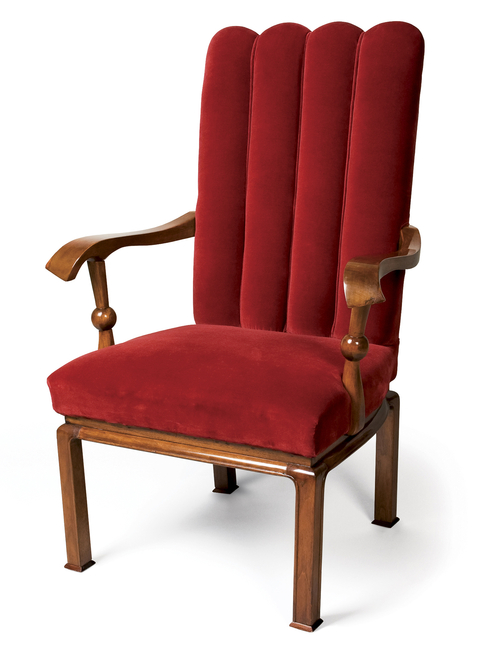 Getting into a redecorating reverie… Dwell put a spotlight on the striking 1920s and 1930s furniture pieces by Hungarian Modernist architect and designer Lajos Kozma. We’re drooling over his Art Deco chairs, ottoman, and secretary desk. We’re also pondering how a lovely antique chest of drawers could fit into our design schemes, thanks to helpful suggestions from Apartment Therapy.

File under “OMG auction!”: Perhaps the biggest water-cooler buzz among collectors this week, at least football collectors, is that someone actually parted with a super-rare and mint condition 1935 National Chicle Bronko Nagurski rookie card. It went for $350,000. Uh, what recession again? (Via Sports Collector Digest) 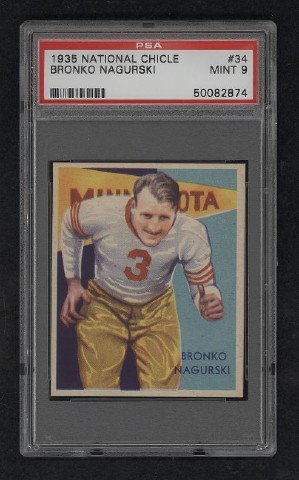 Just in time for Edgar Allan Poe’s 101st birthday on Wednesday, images of John Cusack as the gloomy author in the upcoming thriller “The Raven” have been popping up all over. Catch a glimpse at Collider.com. Mental Floss, meanwhile, put together a list of things you might not know about EAP. (Did you know the writer launched his own balloon-travel hoax in 1844?) As San Franciscans prepare to celebrate Poe’s kindred spirit, mid-century illustrator Edward Gorey and the Edwardian era, Brain Pickings reminisces about his “Gashlycrumb Tinies”— an ABC book of dead children. Creepy!

Dealing with our other worst fears, over at io9, they’ve found evidence that robot boxing matches have existed long before the upcoming futuristic film, “Real Steel,” long before the ’60s game Rock ‘Em Sock ‘Em Robots, and even before postwar Japanese tin-toy robots were hot. These boxing matches date back to the Art Deco 1930s, when robotics was a new fantastical fascination. The difference is now we have real A.I. robots, which can really beat us up, ummm…

Let’s concentrate on robots with more noble impulses, like C-3P0 and R2-D2. Matt Price at Nerdage reviews the first 1977 Star Wars comic, which happens to be the exact comic that got Show & Tell poster Paul Moore collecting. Price explains that it was written before the film was finished, so there are inconsistencies: “Jabba is more of a llama-looking creature.”

Meanwhile, the music geeks among us are stoked about the upcoming documentary, “The Banjo Project: The Story of America’s Instrument.” Put together by Emmy-winning writer-producer Marc Fields and banjo virtuoso Tony Trischka—and with narration by none other than Steve Martin—it promises to feature some burning bluegrass licks on this 300-year-old instrument. (Via Laughing Squid) 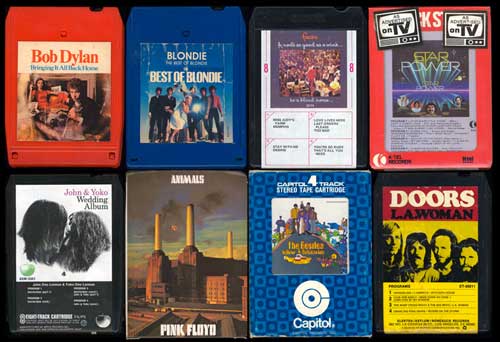 We also can’t wait to go to the Eight Track Museum opening in Dallas next month. I can remember being 5 years old and grooving out to my Beatles‘ “Help” 8-track on oversize headphones. Those were the days! (Via Goldmine)

Speaking of nostalgia, guest blogger Veronica Cizmar at Some Like It Vintage had a great idea for slogging it through the long, cold East Coast winter: a vintage pajama party, a la “Grease.” I’m bring the curlers! Hopefully, like in this video posted on Boing Boing, some Vespa-riding dreamboats will swing by.