Showing and Telling His Way to 100: Savoychina1

You may not have noticed, but Collectors Weekly just turned 100!

Okay, that was a lie. We’re old, but we’re not that old. But we do have some news that’s just as exciting. One of our visitors, Savoychina1, just became the first to reach 100 posts on Show & Tell, a new interactive feature we launched a little over a month ago. In order to celebrate, we wanted to get to know him a little better. 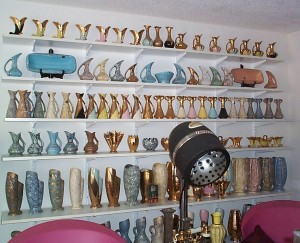 Hailing from North Carolina, Savoychina1 is a jack-of-all-trades when it comes to collecting. He’s collected LPs, books, art prints, toys, furniture, and, of course, a huge number of Savoy china pieces—about 500 in all. (Yes, that’s where his username comes from.)

He is also extremely interested in collectibles related to African-American history. At one point he assembled an educational exhibit at a local elementary school, providing more than 700 items from his own collection in an effort to inspire young minds. “If you capture a child’s imagination in the third or fourth grade,” he says, “you can build on that.”

Appropriately, Savoychina1’s first post was about his Savoy china collection. The first photo of the post gives us a taste of the size of his collection—a sweeping display of shapes, styles, and colors (quite tastefully arranged, if I may say so myself). 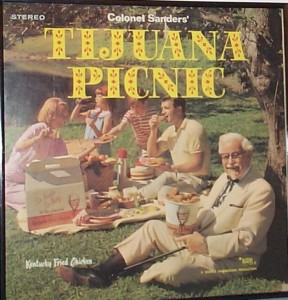 His favorite item thus far? The hand casts he posted of Colin Powell, Quincy Jones, Whoopi Goldberg, and Ray Charles. These hands were made by Mel Slavic for americashelpinghands.org, a non-profit organization that helps the families of ill children. Looking at the posts of other users, one of Savoychina1’s favorites is RoyalWaldorf’s “Art Deco Frosted Satin Nude Lamps,” though he has great respect for Ramma’s descriptions, MsDowAntiques’ research savvy, and many other Show & Tell contributors.

So where does he get all the stuff he posts, anyway? “Most of what I post I don’t ‘collect,’” he says. “I just have it—inherited it, found it, or it was something that made me go ‘Wow.’” He obtained many of his items at local thrift stores, but Savoychina1 also points to the usefulness of eBay, especially when it comes to pottery and, of course, Savoy china.

Whatever the method, his collection keeps growing. Most recently, Savoychina1 bought a piece of Cameron Clay Works pottery. And since he passed 100 items, he has posted a Super Explorer robot toy, paper records, HO model train cars, and vintage photos of the Yerkes Observatory. Here’s to the next century!

For those who have not yet posted on Show & Tell, Savoychina1’s advice is simple: “Jump in with both feet. You just might inspire someone to collect!”