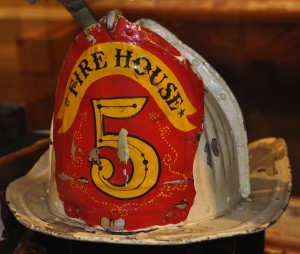 There is a cornucopia of places to go and things to see in San Francisco. In all likelihood, one visit will not do it justice. Even if they make it to the SFMOMA, Coit Tower, and Fisherman’s Wharf, plus the obligatory ride on a cable car, visitors will have still missed so much.

I guess you could say I’m spoiled. I grew up in New York and now live in San Francisco—both cities are chock full of historic places and museums. As a San Franciscan, the same thought pops into my head every time I see a group of tourists: “You must feel so overwhelmed!”

For example, most tourists probably won’t make it to the Society of California Pioneers, which is tucked away in a nothing building at Fourth and Folsom. I hadn’t been there either and knew even less about it, so last Friday I strolled over to the Society hoping only to see some cool California antiques. Well, I hit the jackpot. 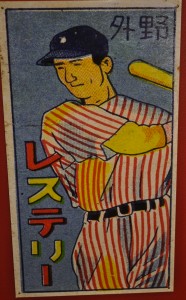 I stayed at the museum for several hours, snapping photos to share on Show & Tell and talking to Mr. Evans whenever I had a question.

At first I was a bit suspect. The Society is only opened limited hours, but I was on time and the door was locked. Just as I was about to give up and walk away, I saw some movement inside. It was the museum’s Exhibitions and Education Coordinator, Tim Evans, who proceeded to let me in, show me around, and answer any and all of my questions. How many museums have you been to where you can get that kind of one-on-one attention?

It turns out that the Society of California Pioneers is an association for people who can trace their ancestry to the original settlers of California, from 1850 and back, although the museum is open to all. It is an exclusive club, as this membership certificate for a particularly famous Californian, Jasper O’Farrell, shows. I guess it was just lucky timing because I happened to visit on the day that the museum was unveiling a new exhibit of California artifacts from 1850 to 1900.

I’ve documented some of my favorite items on Show & Tell. I especially liked the groups of hand-carved walking sticks and smoking pipes. The Society also had some really cool old Duke’s Cameo Cigarettes tobacco cards featuring photographs of what the company claimed were “most beautiful women in the world,” as well as fine collections of early firefighting gear and Asian antiques. 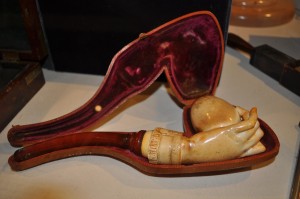 Unfortunately, despite Evans’ best efforts and knowledge, the origins of many of the items in the museum are unknown. For example, these wooden carved figures are absolutely beautiful, but their provenance is largely a mystery.

Upstairs was an exhibit dedicated to the San Francisco Seals’ goodwill tour of Japan in 1949. The tour, as the exhibit tells you, was described by General Douglas MacArthur as, “The greatest piece of diplomacy ever.” The exhibit included reproductions of Japanese baseball cards, which are more cartoon-like than American cards, posters and advertisements, and wonderful photographs from the Seals’ time in Japan.

“Most tourists probably won’t make it to the Society of California Pioneers.”

If you want to see this exhibition you’d better hurry because it is closing in late August after the Society holds an event in connection with the 20th America-Japan Grassroots Summit, which is being held in San Francisco. Society members and the general public alike are invited to a Giants game on August 24, 2010, to honor Masanori Murakami, the first Japanese man to play Major League Baseball.

By the time I left the museum, I had mixed feelings. I was extremely pleased with all I had seen and the great hospitality I had been shown, but was sad that so many people evidently miss out on this hidden gem in San Francisco. It obviously isn’t a place that’s high on the priority list of tourists, let alone locals, but it should be.

To see all of my Show & Tell posts from the Society of California Pioneers, click here. To plan your visit, click here.