Today’s guest blogger is breweriana collector Barry Travis, who runs the web site IBuyOldBeer.com: Preserving the Beers of Yesteryear. You can find him on Show & Tell, too. 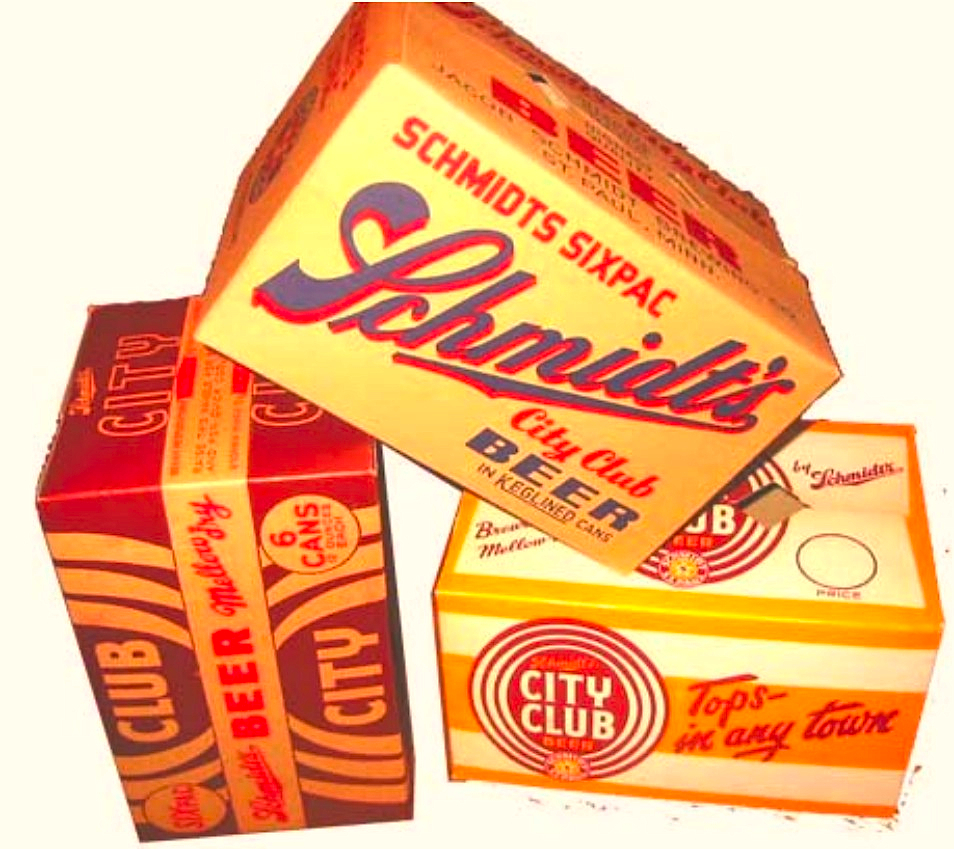 Since no one has ever knocked on my door offering me old beer stuff, I make no secret of my collecting passion. As it turns out, having a few breweriana items on display in my office at work paid off—in the form of these six-pack boxes.

Most boxes of this type survived by accident. I have a few that have the words “Xmas ornaments” written on the bottom or top. Clearly, someone’s mother was resourceful in re-using a cardboard box to store non-beer items in over the years. Many times these boxes are well preserved, with only a bit of yellowed tape to remove.

Now, we return to my co-worker: Upon seeing the old cans on my office shelf, he mentioned that his dad had found a stack of unused cardboard in the attic of their garage. Among the items were regional beer cartons, unused and unfolded. I assured him that they’d have a “loving home” in my beer room at my house, and he smiled. The next Monday, he brought them into my office, and I was floored by the condition they were in. He was equally surprised when I peeled off a few twenties AND bought him lunch for his troubles. I told him, “Recycling pays.”

I now display these boxes next to the sort of cans they once held inside. Seeing both in mint condition makes me feel as though I’m in a grocery store in the early 1950s, where a similar display may have been set up. If you ever see the words “CAP SEALED CANS” printed on a carton, you know it held cone-top cans, which were filled and sealed on a bottling line.

Cans are made of sturdy metal and can survive decades on a wall or in a dump. But to find a thin cardboard cases like these, which were usually ripped open and thrown away—that made my day. And my beer-room shelf!