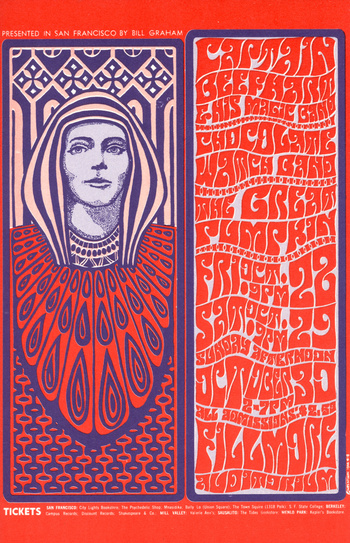 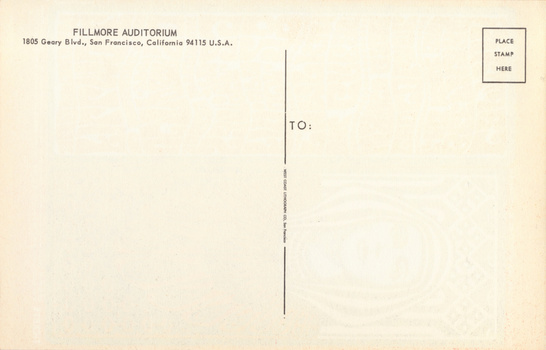 This postcard based on a poster created for three concerts at the end of October 1966 features a very Jugendstil school of Art Nouveau portrait on the left, with band names and dates on the right. Captain Beefheart's name is spelled wrong (Wilson inked it in by hand as "Beefhart"), but with supporting acts like Chocolate Watch Band and The Great Pumpkin, it's hard to let a little detail like that ruin one's enjoyment of this glorious image. I'm not the only one who thinks this is one of Wilson's best: the poster version of this postcard was featured in the Smithsonian's publication and exhibition entitled "20th Century American Posters."