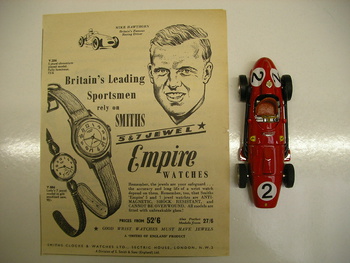 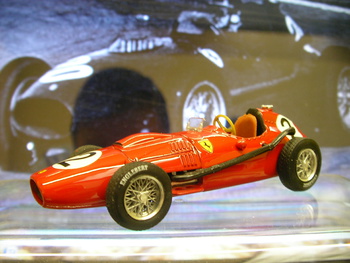 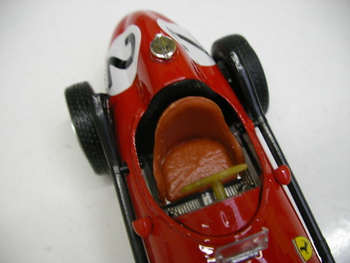 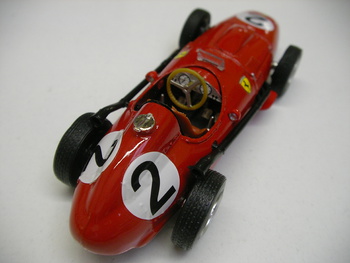 This is a 1:43 diecast model of the championship winning car for the 9th FIA Formula One World Championship season held in 1958 driven by the British racing driver, Mike Hawthorn.

As a racing driver for Ferrari and a F1 World Championship, Mike Hawthorn was featured in some of Smiths Empire Watches adverts until he was killed in a road car accident on the 22nd January 1959. (Picture 1 is an 'original' news paper cutting from 1958).