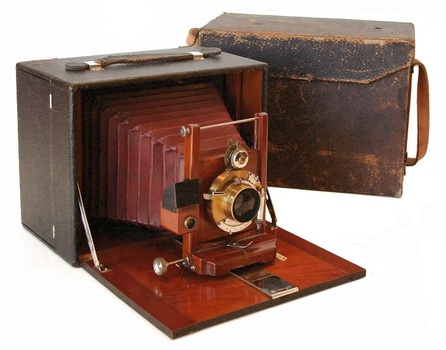 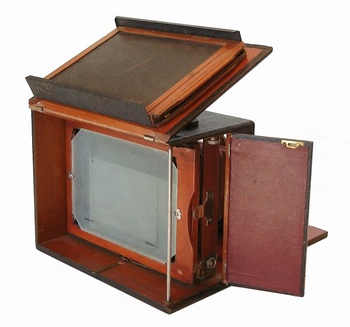 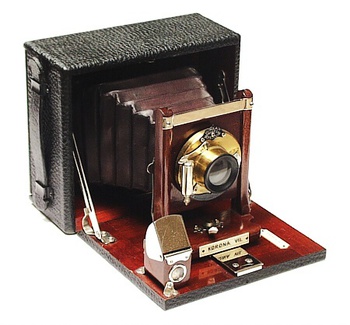 As with any product, camera makers continually worked to improve a model whether the earlier version was good or bad. It’s fascinating to acquire a couple examples from a single maker to see the evolution of designs.

At the time of the original 1894 Korona Hand Camera (my previous post), these wonderfully iconic American cameras were exploding in popularity. And in my opinion, the 1894 camera was a really good design. Okay ... a bit expensive but a terrific first effort for what would become a very prominent series of cameras sold under the Korona name.

On the left is the next generation ‘hand camera’, the Korona I. This is what Gustav Milburn’s 1894 camera grew into after selling his company to Gundlach Optical in 1896. It’s a nice well-made camera but more utilitarian and practical for amateur photographers on a smaller budget.

The 1899 Korona I still resembles the original 1894 Hand Camera but dispenses with the more advanced features such as the secondary focusing front standard, ruled rail, split bed for wide-angle lenses and so forth. Yet it still retained the distinctive piggyback plate holder mounting design inside the hinged back door (second picture).

The Korona series proved to be very popular and numerous models and variations were produced. But it was after 1900 (actually around 1904) that the appearance changed significantly. The interior wood became a very dark cherry color as seen with the pretty Korona VII (third picture). Its construction remained first rate with thick body leather and brilliant nickel plated brass hardware.