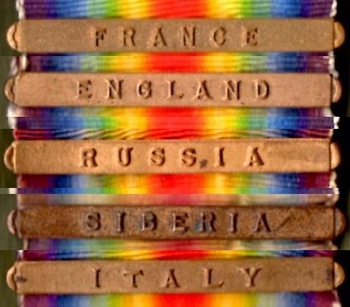 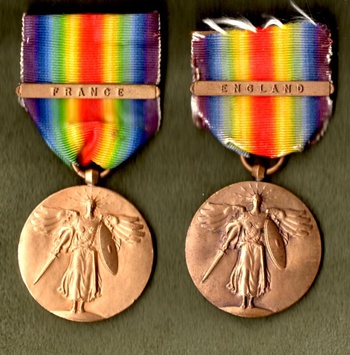 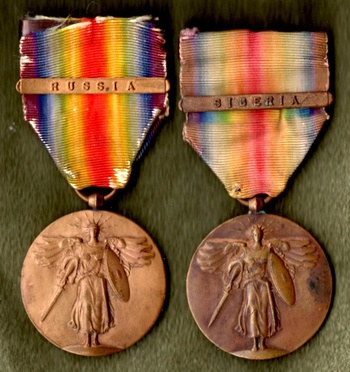 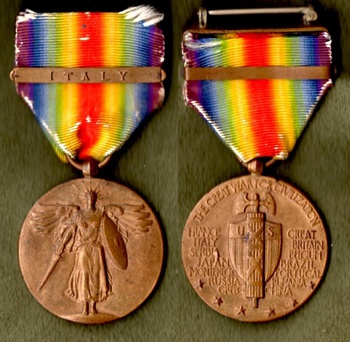 One of the things I thought I was going to get done before Armistice Day is complete my collection of US Army Service Clasps, but I’m returning one of these. I decided while I had it to show off the whole set of service clasps anyway.

In addition to the 14 “Battle Clasps” commemorating major engagements and service in defensive sectors (examples in my previous post), the Army created these five “Service Clasps” for personnel who served overseas during WWI that did not merit a battle clasp.

FRANCE – About 621,600 personnel were entitled to this clasp for service in France that did not involve participation in a major engagement, or duty in the defensive sectors along the front. Personnel in defensive sectors received the Defensive Sector Battle Clasp.

ENGLAND - About 30,100 personnel were entitled to this clasp for service in England during the war. It was only authorized for personnel who served nowhere else overseas. These were mostly medical, logistical and support personnel.

RUSSIA – About 9,000 personnel were entitled to this clasp for service in European Russia. After the fall of the Czar and the treaty between the Germans and the Bolsheviks, the allies sent troops to secure military supplies at Archangel that were sent for use on the Western Front from being used by the revolutionaries, and to counter any German attempts to seize Archangel or Murmansk. An offensive against these troops was launched by the Bolsheviks, and those that came under fire wore the Defensive Sector battle clasp instead of the Russia service clasp.

SIBERIA – About 9,000 personnel were entitled to this clasp for service in Siberia. After Imperial Russia fell, the Red Guard attacked the Czech Legion as it was evacuating Russia to be transferred to the Western Front. Troops were to secure the Trans-Siberia railway for the Czechs to evacuate as well as secure military and fuel supplies from the warring factions. They came under attack by all sides as well as marauding bands of Cossacks, and those that participated in those engagements wore the Defensive Sector battle clasp instead of the Siberia service clasp.

ITALY - About 4,800 personnel were entitled to this clasp for service in Italy. In 1918 the Allies sent US Forces into Italy to buttress Italian morale and deceive the enemy into thinking the Americans had entered the Italian Front in force. Americans fought in one major engagement in Italy, and those not entitled to the Vittorio-Veneto battle clasp or the Defensive Sector clasp received the Italy service clasp. This would have included medical, mail and supply units as well as a base hospital and some of the 54 American pilots serving with the Italians.