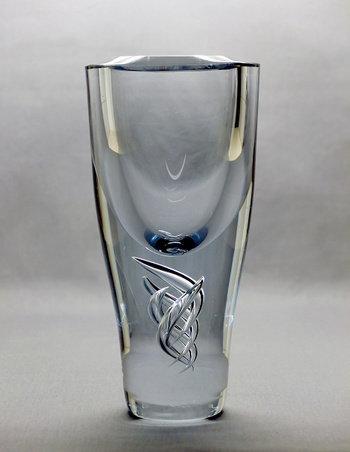 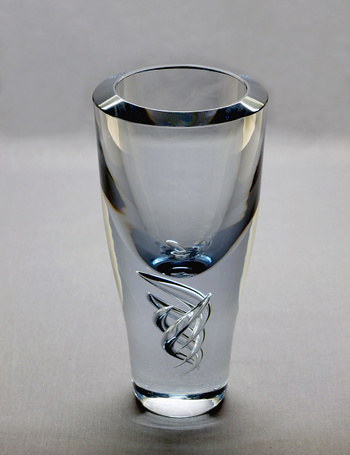 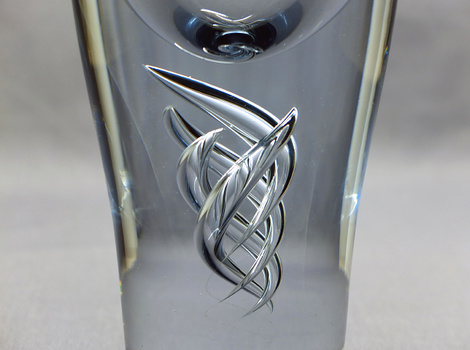 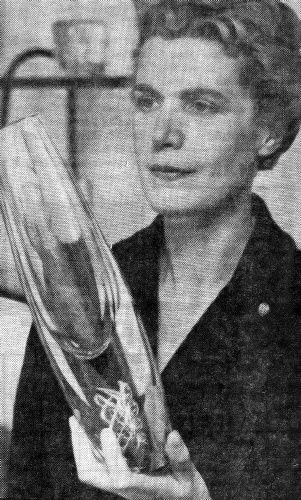 I had never seen this model before, when I came across it in one of the antique stores/flea markets in my home village. It's a thick an heavy vase (220 mm high and 110 mm diameter on top), unmarked and with air spirals in the bottom. But it has the typical Stromberg blue crystal so I'm sure it's a piece from Strömbergshyttan. Year of the design and the artist behind it is tricky to say, but it looks like 1950s in my eyes.

There are some models from the 1950s by Gunnar Nylund with air decorations in the bottom, but related to the vases inner bottom, not stand alone like this. Even different in shapes. A model from early 1950s has a shape similar to this but without thick bottom and it's lower. Model B 867 from late 1950s has also a similar shape but wider, and a little thick (not as thick as this vase) bottom. My belief is that this vase therefore can be found in the model range around the late 1950s. But it's a guess. The shape is timeless and can be from 1950s - 1970s as I see. The designer can be either Gunnar Nylund or Asta Strömberg. Rune Strand is not so true in this case.

Edit 2013 12 26: I have found a photo in a newspapper article (se the new 4th picture). I dont't know exactly when it's taken, but what i can see from Asta Strömbergs age in the photo, and from her hairstyle, it's from ca 1960 (44 years old). The article is not about the glass in the picture, and the picture only a portrait of Asta Stromberg. Published in 1970, but it must be an archived photo what I can see. My guess that the vase I show can be from late 1950s, therefore might be a quite good guess. And the photo can also be an indication that Asta Strömberg stands behind the design. Although the vase in the picture has a similar air of serpentine in the bottom.