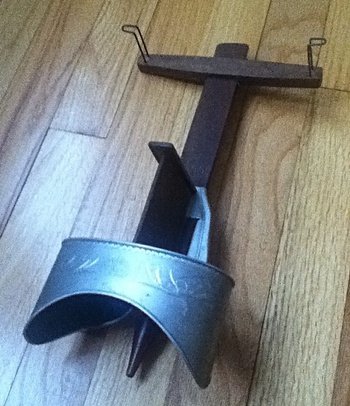 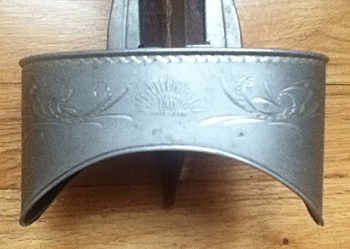 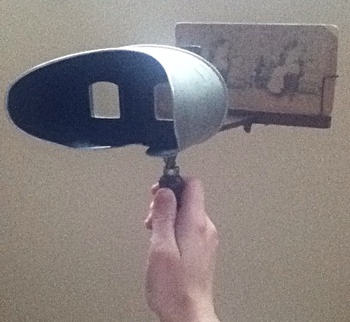 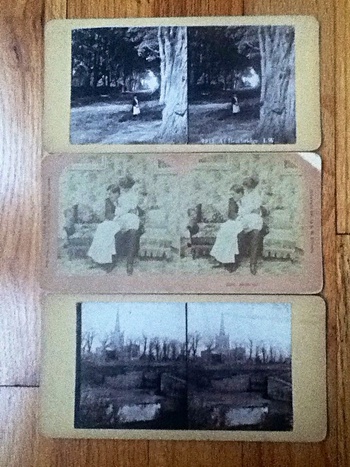 For Christmas I received this stereoscope that was patented in the United States on June 11, 1901 and was manufactured by Underwood & Underwood of New York. This particular one was used in a Massachusetts schoolhouse. I also received three stereo cards, my favorite of which is the center one whereby a boy walks in on his older sister with her beau. The 3-D effect of the cards can be seen by viewing the cards through two prismatic lenses.

Aside from the patent date, the fact that the components are made of wood verifies that this stereoscope is an early model, since later ones are black. Viewers were initially invented in the 1830s by English scientist Charles Wheatstone and were popular from its presentation at the 1851 Great Exhibition in London through the 1930s. By 1861, Oliver Wendell Holmes had designed and purposely failed to patent a handheld, more efficient viewer than those that had been popular in the 1850s.