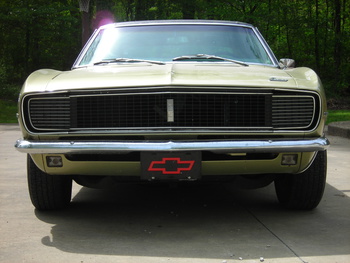 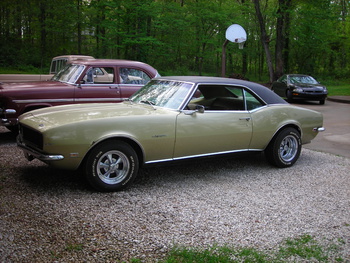 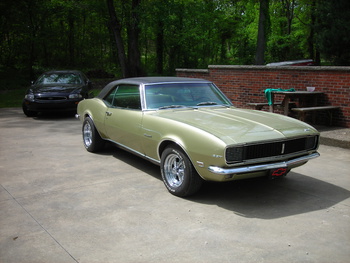 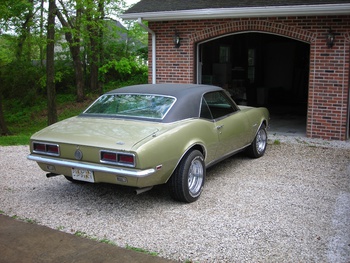 Say hello to my 68 Camaro! When i was 16 years old my dad was not really interested in finding me a car. Looking back on it today i was trying to convince him to buy me some real crappy cars. I believe i wanted RX-7, a Suzuki Tracker, a huge bronco, and even some low-rider thing. Now don't get me wrong all those vehicles have a collector that loves them I understand that.

Anyhow, my dad didn't seem like he was really into helping me get a car, but i did notice that he kept talking about the old muscle cars and he would even stop and take a look at some with me. So i started to except the idea that i may have to get an old muscle car if i want my dad to be in on it. Once he had me convinced he was on the hunt like a hound dog.

I cant really remember how it all played out but i had found a multitude of ragged out muscle cars, from mustangs, to dodge dusters, to cars i found in a barn not even running. Finally he took me out to this guy that collects classics cars, he was a car dealer and collecting cars was his hobby. My dad had called him and asked if he had any old cars that he would be willing to sell. He said he had been restoring a 57 chevy that had over 50k into and could use a little extra cash to help finish it off, and that he had a 68 Camaro that he might consider letting go.

The guy walks us thru his warehouse filled with probably 30 cars in it and he had multiple warehouses on-site. As we come to the back of the warehouse , there she sat....my baby......now mind you i was sixteen years of age. This car was "ash gold" more pea green looking to me, she had a flat tire covered in dust, didn't have a rear spoiler, and i wasn't sure i really wanted the car :)

Thanks to my dad he said "we will take it"...we was able to purchase this car for a fraction of the value. Still to this day i do not know why that guy sold us this car.

80k miles when purchased two decades later has 120K
I drove this car everyday until i was off to college.

Kept in the garage and i always headed straight home if it started to rain.... except for prom night my senior year i called home and dad said it was ok to keep it out that night......and i did :)

Let me tell you i felt like a god in this car and it made my early years something to never forget.....