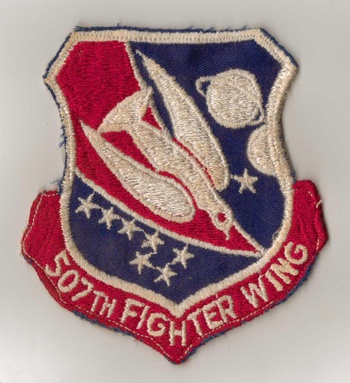 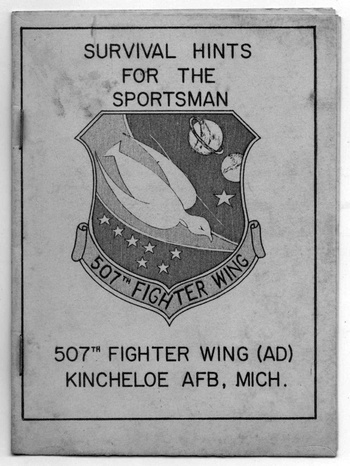 This is an actual used U.S. Air Force uniform patch and survival booklet from the 507th Fighter Wing (Air Defense) unit based at Kincheloe AFB, Mich. - The 507th Fighter Wing (AD) was established and activated (as an upgrade to the 507th Fighter Group) in December 1960 and was based at Kincheloe AFB from 1961 until its deactivation in September 1968.
The Fighter Wing employed F-106 aircraft. The air base was closed in 1977. The patch came off a pilots uniform. The booklet is 8 pages long and details survival tips for a downed pilot on ground-to-air emergency codes, food and supply rationing, and basic items needed to be included in emergency kits. - Circa 1960's