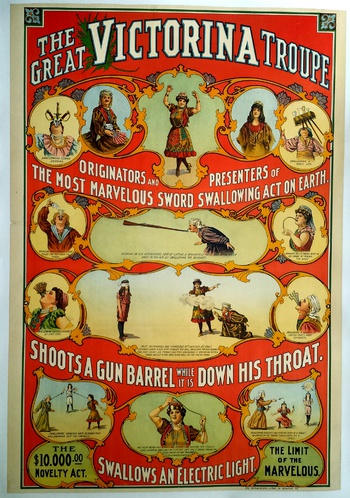 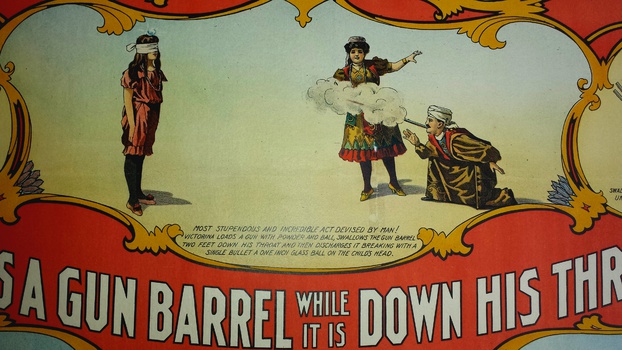 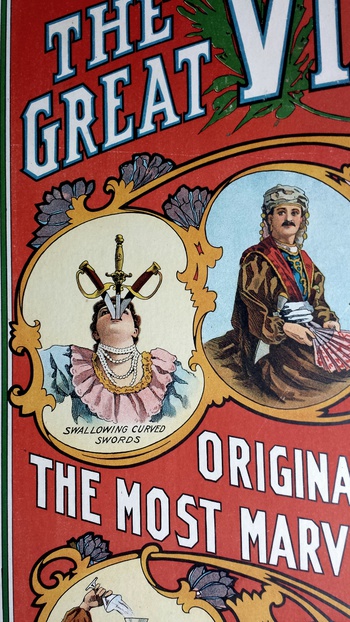 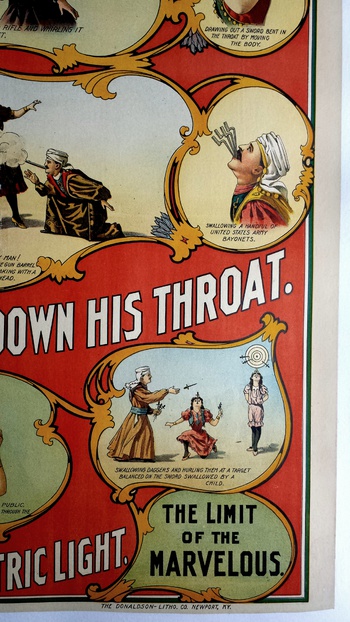 This is an original stone lithograph from my private collection of Magic posters, it is titled "The Great Victorina Troupe" and advertises a young Kar-Mi during his vaudeville performing days. This is a 1-sheet sized poster that is nothing short of a spectacular display of stone lithography and a brilliant use of the vignette style of advertising that many circus and magicians used during the turn of the century. ca. 1910

Joe Van Victorina changed his stage name numerous times during his career ultimately ending with the name "Kar-Mi". Despite what others have claimed, Joe Van Victorina and Kar-Mi were the same person. His lithographs were some of the most visually striking images to be displayed during the time. Victorina kept the same lithographs throughout his career, however after changing his name to Kar-Mi, he would simply slap a banner at the top of his posters that read, "See Kar-Mi", this banner can be found on later versions of this exact lithograph.

Among Victorina's acts, was his famous "Swallows a Loaded Gun Barrel" illusion (See this poster in my CW collection) in which he would swallow a loaded gun barrel half way down his throat and fire it at a cracker a top of a man's head. Legend has it that Kar-Mi died of stomach cancer as a result of performing this gun act.