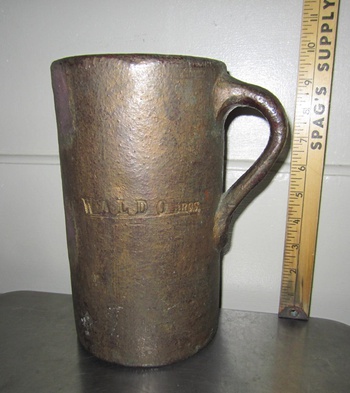 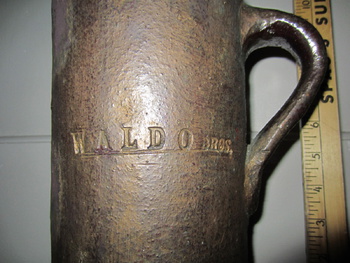 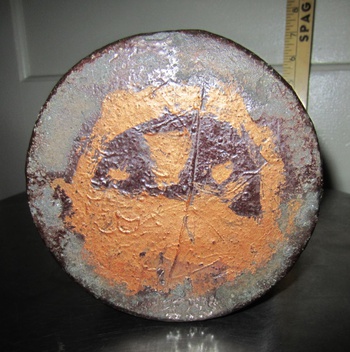 Sewer,Tile Early advertisement for waldo brothers of Boston mass. late 19th or early 20th century sewer pipe mug - A very odd and Most unusual finds for me this weekend.The more I think about this piece this mug might be an End Of Day Piece and not advertisement at all . Just like the old glass (works) house's. I never though how collectable early sewer tile work's could be.Until I started to research on antique sewer and tile factory's of the 19th century. The one that really stand out are the Ohio pottery factory's. Most of the pieces are now considered folk art. The mug is cylindrical in shape with applied handle ,stamp marked WALDO BROS. - The mug is made out of terracotta . the mug stands 9"1/2 inches high X7"1/4 wide . (with handle)