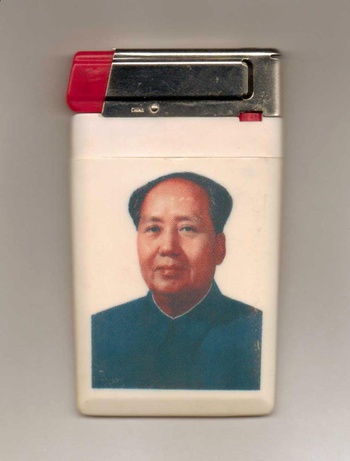 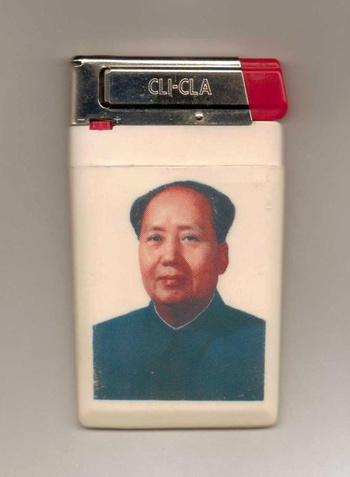 - Disposable cigarette lighter with a picture of Mao Zedong on both sides
- thin and tapered to slide within the outer cellophane of a cigarette pack
- 3 1/4" high and stamped in the upper metal part CLI-CLA on one side
- circa 1995 / purchased in Shanghai China / non-refillable
** Mao Zedong, also transcribed as Mao Tse-tung , and commonly referred to as Chairman Mao (December 26, 1893 - September 9, 1976), was a Chinese Communist revolutionary and the founding father of the People's Republic of China, which he governed as Chairman of the Communist Party of China from 1949-1976.