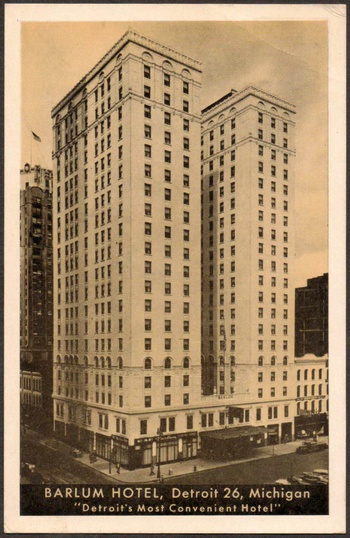 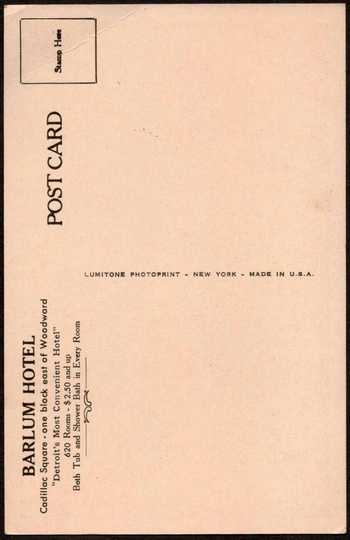 - Vintage circa 1940's postcard from the Barlum Hotel in Detroit, Michigan - Printed by Lumitone Photoprint, New York, U.S.A. / unused
-- The Barlum Hotel was constructed in 1927. It cost $3.75 million to build and was advertised as an exceptionally modern facility with the latest equipment and amenities. The Barlum sported news and cigar stands, a beauty salon and barbershop, telephones and a full service restaurant in the basement. When it opened, it was one of the tallest buildings in Detroit. Rates were $2.50 to $4.00 and each room boasted of a bathroom with a tub and shower. Barlum lost the hotel during the Depression and two different hotel groups unsuccessfully controlled it until the City of Detroit took it over in 1941 because of unpaid taxes. The building still stands and it is now known as The New Cadillac Square Apartment Building.