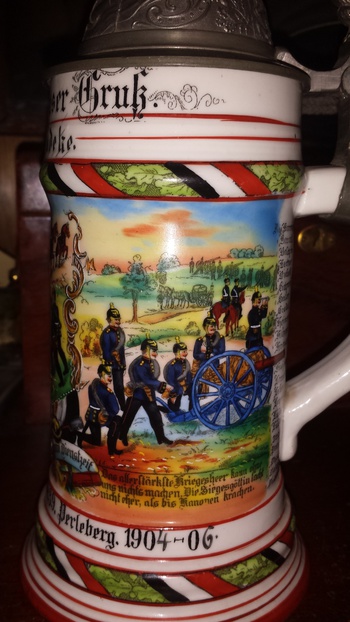 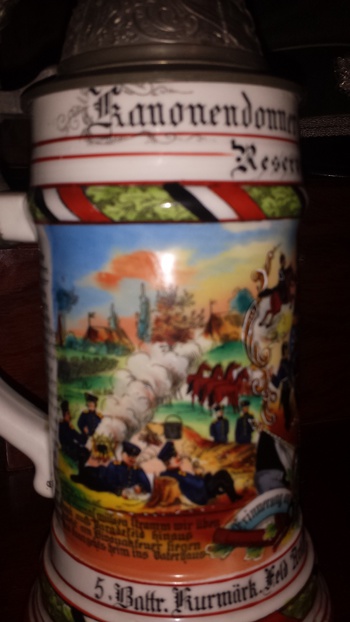 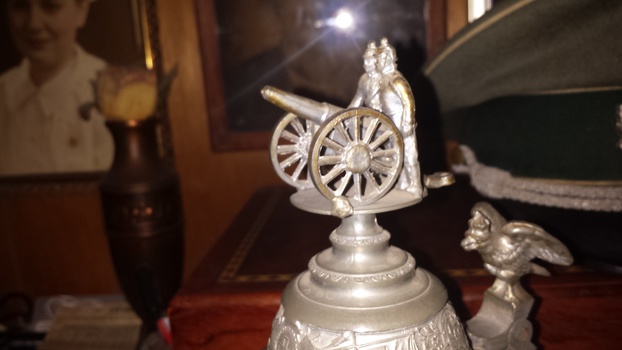 Imperial German Reservist’s stein of Artilleryman Ludeke, who served with the Prussian 39th Field Artillery Regiment, in the 5th Battery from 1904-1906. The field artillery was capable of rapidly changing positions to bring their fire to bear on a mobile enemy, unlike their comrades in the foot artillery, who manned the heavy, stationary guns and mortars used for siege and long-distance barrage.

The regiment was attached to the III Army Corps. The Imperial German army consisted of 100 regiments of field artillery in peacetime, with another 24 regiments of foot artillery.

The 39th Prussian Field Artillery Regiment was raised in March of 1899, and was garrisoned in the city of Perleberg, the capital of the district of Prignitz, located in the northwest of the German state of Brandenburg. The town received city rights in 1239 and today has about 12,000 inhabitants. Located in a mostly agricultural area, the town has a long history of troops being stationed here (most notably Prussian) and as an administrative center for local government.

Ludeke’s stein sports a central display of his unit muscling a field artillery piece up a hill with the assistance of the battery’s Fahrer’s (mounted artilleryman). Side scenes display the battery deployed in line facing the enemy across a field, and the men at rest in bivouac lounging by a campfire with their horses in the background. The pewter lid is surmounted with a detailed finial depicting a cannon crew aiming their piece down range. The canoniers wear pickelhauben with the ball top as prescribed for artillery units. The thumb lift is the crowned Imperial Prussian eagle. Above Ludeke’s name on the upper rim of the stein in German is “Cannon Thunder is Our Greeting”.
This stein has no cracks, chips or other flaws. 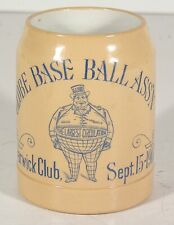 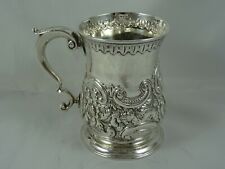 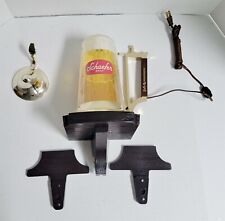 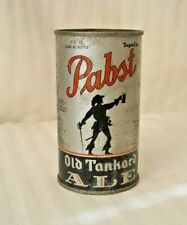