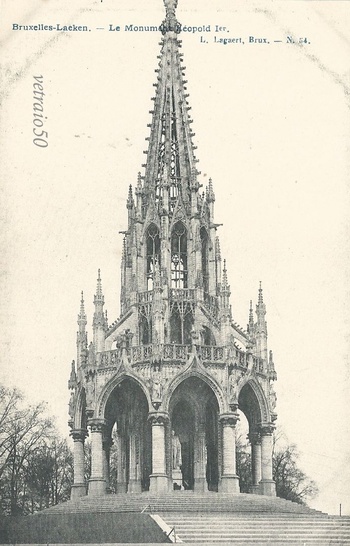 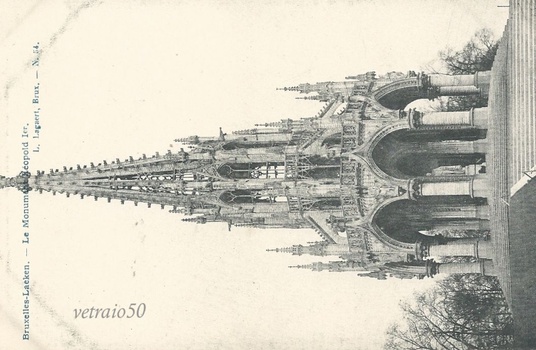 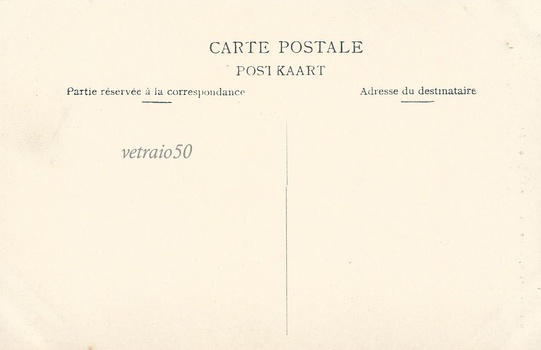 On a nearby hill is a monument to Leopold Ier the first of the kings of Belgium kings, these days called the “Monument à la Dynastie”.

The monument certainly has a familiar look – the ‘neogotische stijl’ which appealed so much to Septimus and Clara Miller. It is familiar because it is based on the Scott Memorial in Edinburgh designed by George Meikle Kemp aka Morvo (completed 1840) and to the Albert Memorial (completed 1876) by George Gilbert I Scott in London!

The Leopold I monument however was designed by an architect from Ghent Louis De Curte and was inaugurated in 1880 to celebrate the 50th anniversary of the Belgian Revolution.

Within the monument is a statue of King Leopold I by by Willem Geefs surrounded by nine allegories representing the nine Belgian provinces: Namur is symbolized by the metallurgy, Luxembourg by hunting, Liège by the armory, Limburg by agriculture, Antwerp trade and navigation, Brabant by the royal scepter, East Flanders by spinning and horticulture, West Flanders by fishing and by Hainaut coal.

This is a bi-lingual divided postcard published by L. Lagaert of Bruxelles No 54.