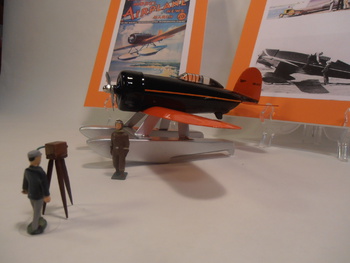 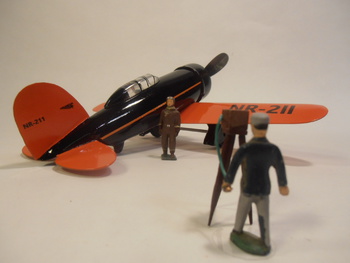 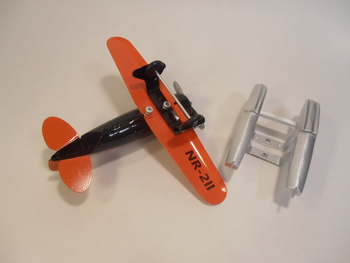 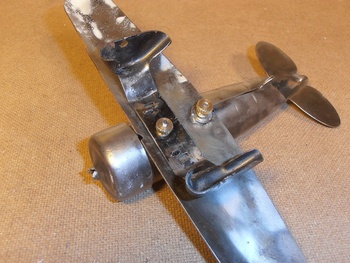 This rare Wyandotte "Flat-Nose" Sirius was found in Michigan some years back. It came with some special features. 1) the landing gear had wheel pants (most were not so equipped) and 2) The gear was removeable with thumbscrews, Why?? I did some research and discovered that Charles Lindbergh made these airplanes famous with flying the Pacific Rim with his wife Anne Morrow. The airplane originally was delivered with wheels and wheel pants. After spending six months touring and testing around the USA, Charles returned it to Lockheed and had new EDO pontoons added.

I think I understood the removable feature. It was expected to also have a set of pontoons! The toy was then overhauled and I created a new set of pontoons so that the airplane would become a "Convertible". I suspect the toy was proposed as a possible competitor to the famous Hubley cast iron version (no pontoons) but may have cost too much to produce. Its still an interesting version!