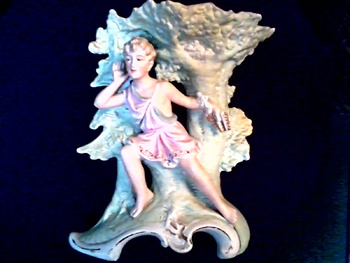 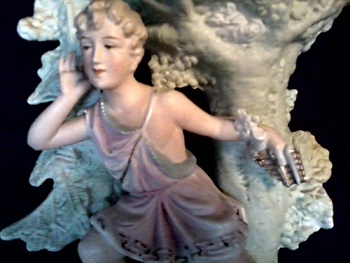 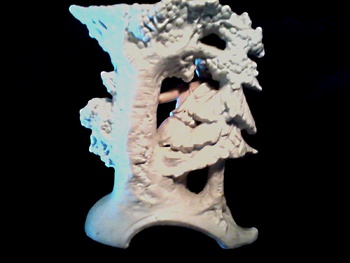 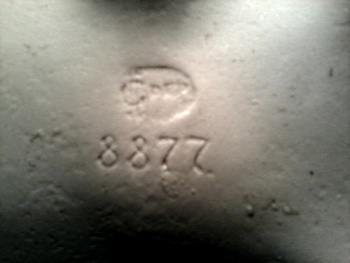 Picked this up at Volunteer's this morning. It's not to everyone's taste but I like it. It's a 9" German bisque spill vase or tinder holder. It can be used as a regular vase I suppose but it's technically a spill vase. I figured he's a shepherd with his pan flute. Most likely one of a pair to set on a fireplace mantel. It's clearly marked with the Unger, Schneider & Cie impressed mark. A G with double arrows through it and the letters DEP followed by the numbers 8877 underneath. Found all the info on PM&M's website (Porcelain Marks and More). It's in great condition too ! -Mike-

Porzellanfabrik Unger, Schneider & Cie.
Courtesy of www.porcelainmarksandmore.com
Based on a ducal concession, the businessman Carl Schneider (who had worked at the Wallendorf factory for some time) together with modelling artist Karl Unger and businessman Hermann Hutschenreuther founded their business in 1859. As Hutschenreuther was a sleeping partner, his name does not appear in the company name until 1885.
At first the company only produced tableware, miniature sets for children and a few kitchen utensils, mostly decorated in the cobalt blue 'Zwiebel-' and 'Strohblumenmuster' styles which sometimes included gilding. But unlike many other facilities they did not simply copy existing designs but rather used their own creativity and started with export fairly early, which was soon rewarded as the first international award was received 1875 at the Exposición Internacional de Chile (Santiago World Fair). The success also showed a problem as the first marks that had been used looked similar to the marks used earlier by the factory in Gießhübel.
This lead to the introduction of the first mark that actually was used continuously, the impressed and uncrowned 'G' mark with the double-headed arrow which was used from 1875 onwards. Following the increasing popularity due to further awards during the Exposition Universelle (Paris World Fair) in 1878 it was decided to have the mark officially registered. The registration was filed on March 3rd 1879 at the Herzogliches Landgericht Gräfenthal (Ducal District Court) and the first items showing the mark carrying the 'Dep.' addition were seen at the World Fair 1879 in Sydney, where the company yet again received an award for their products. 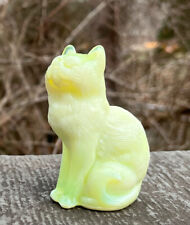 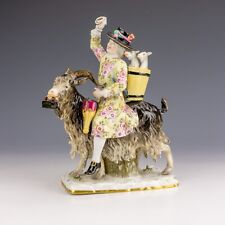 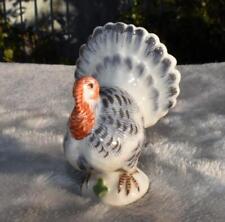