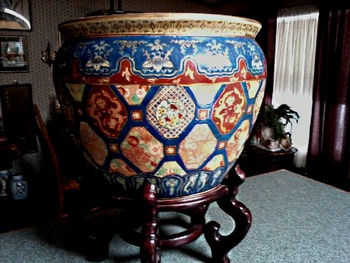 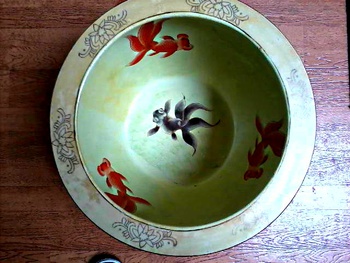 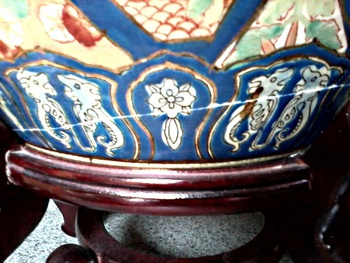 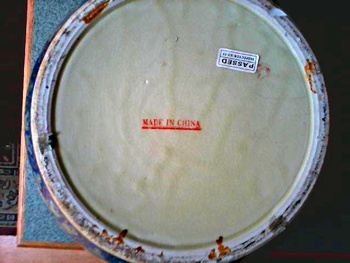 I've always wanted one of these but I didn't want another blue and white piece. So, when I saw this one at Salvation Army it was a no brainer. It 's a large Chinese fish bowl or planter that measures 14 " in diameter and 12" high. Yes, it has a 8 " hairline in the side at the bottom. Obviously someone set it down too hard on it's bottom corner and crack. Not surprised, it weights around 15-20 pounds ! It also had a TJ Maxx sticker on the inside. I don't mind that it's modern really. Most of our TJ's bit the dust during the recession. I'd say it dates from the 1980's or 90's at most. I love the goldfish swimming around inside plus I already had the stand. It's just a nice eye catching piece. As a bonus there was a 10" round vase with the same pattern and colors which I also picked up. -Mike-