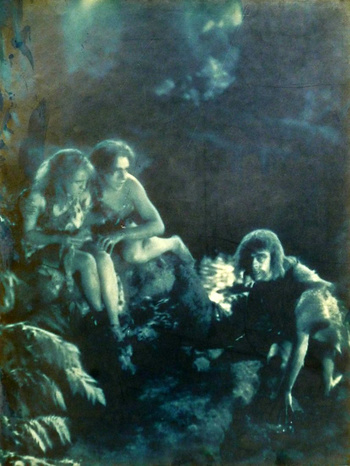 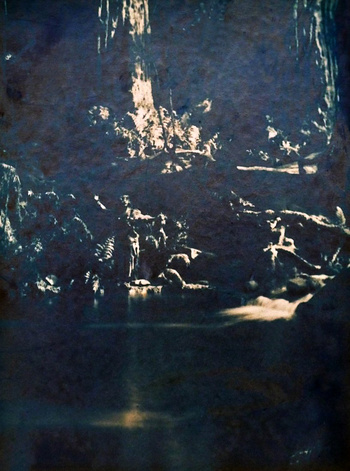 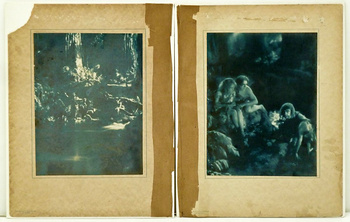 I'm out of my element on these, but I had to have them because I just thought they were interesting. I knew Edward Curtis' work from his decades long Indian series, but never his Hollywood work.

The auction house I purchased them from speculated that the photographs could be from "The Queen of Sheba" and "Tarzan." After more recent online research, I was able to establish that both come from one of the first early silent movie versions of Tarzan that was filmed in 1921 (see comment sections below).

Marilyn Monroe Ladies of the Chorus...
$64