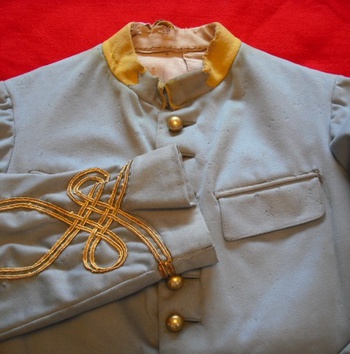 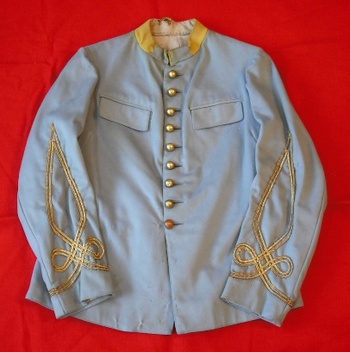 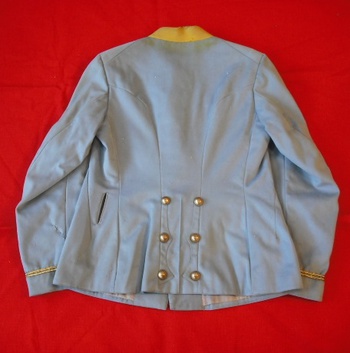 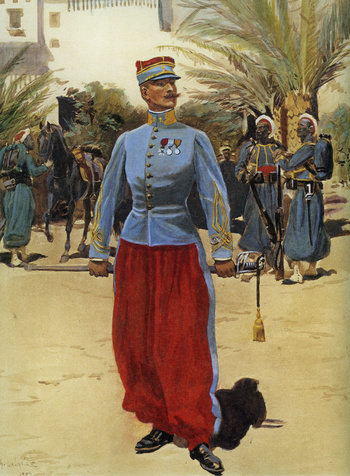 Among the most colorful uniforms of the French Army were those of its colonial troops. “Tirailleur” is a term dating back to Napoleon for skirmishers - light infantry who fought ahead of the advancing columns. Eventually it became the title for light infantry regiments raised in the French colonies mainly in Africa, although some were also in French Indochina

The braid on the sleeve indicates the owner was a first lieutenant. As an officer, he would be a Frenchman in charge of Africans, and not ethnically African himself. The blue tabs on his yellow collar would have originally included his regimental number. The nine brass buttons are spherical, except for the bottom button which is an old replacement. The six decorative buttons on the back are half spheres with Maurice Bourdon, Paris back marks, which date this piece to no earlier than 1918. The jacket features a slit at the side (visible at the back) for attaching a sword to a belt worn under the jacket. The jacket is fully lined with two inside pockets.

As shown in the illustration, the jacket would have been worn with scarlet trousers and a blue and scarlet kepi, the colors worn into the field in 1914.