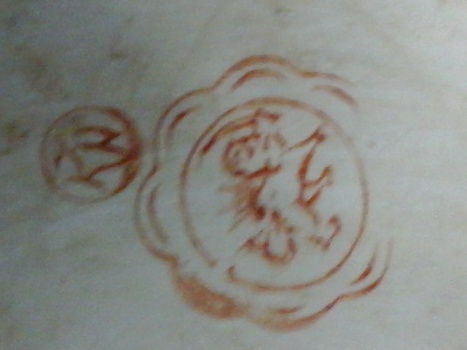 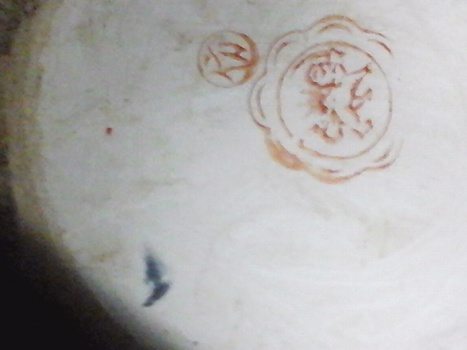 This is the lion & sun mark of iran , printed on the base of a pair of chinese looking vases !!
Ive listed them as I was on gothenbergs chinese marks no.45 & 1436, and this mark was listed as recent additions unsorted ..
its an unusual and quite rare mark ..
I thought these vases were Chinese for years and bought them as such, & was amazed when I joined C/W and listed them , then I thought I'd try and find where they were from , it took ages as I was looking oriental , then I gave up !! Till I was looking for a middle eastern pot mark and stumbled on the lion & sun mark ..
Then the story made sense!!
When I bought these vases the shop was selling them for someone ,
the lady someone told the shop that her hubby bought them from the antiques part of the famouse Harrods store in London U.K ,
she was selling them for £600 the pair as her hubby paid a lot more !!
After a few months of being in the shop the lady said £400 or make an offer .. after another month I managed to get them for £200..
Harrods is owned by a middle eastern gentleman , so made sence that theyre from iran. ;-))
If anyone belongs to gothenbergs please pass on the knowledge..