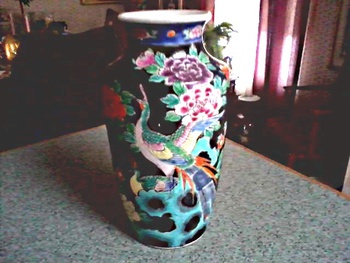 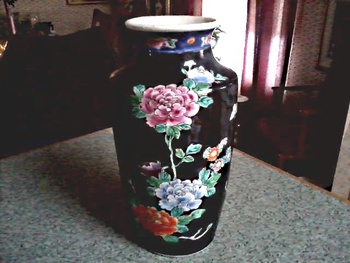 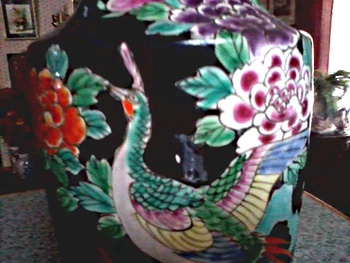 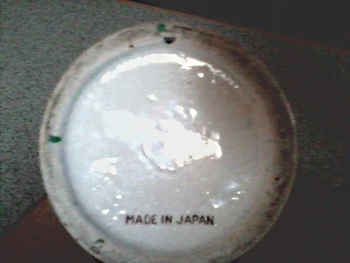 I've had this sitting on the floor next to the jade resin figurine. This was a Salvation Army find. I passed it up several times but it never sold even after a week so I finally bought it. It's a heavier dense ceramic not really like fine porcelain. The decoration is beautiful though with the peacocks and the colorful peonies. There's even a few butterflies added for good measure. The mark is simply "Made in Japan". Pieces marked "Japan" are usually pre-1940 while "Made in Japan" generally appears after 1941 according to Gotheborg's site, so I figured it's mid-century at best. -Mike-