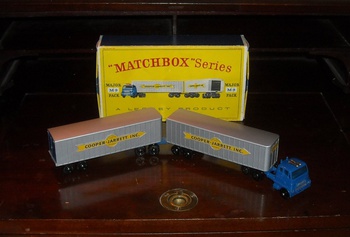 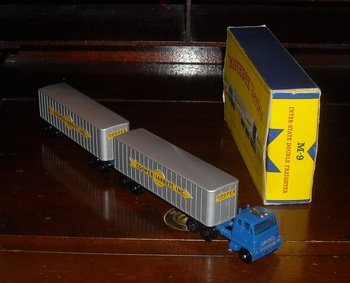 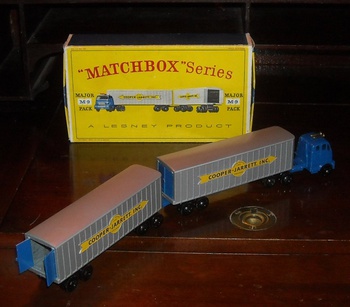 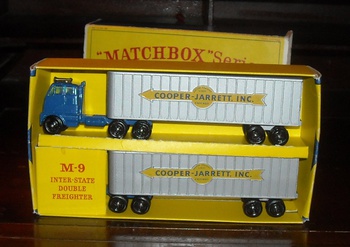 The Major pack line was similar to the King Size only that they were closer to the same scale as the smaller matchbox cars.
This model was released in 1962 and was in the catalog until 1967. This particular model has a D style box with serif style lettering on the end flaps meaning it was made in 1962.
It is 11" long making it much longer than the typical 2" models.