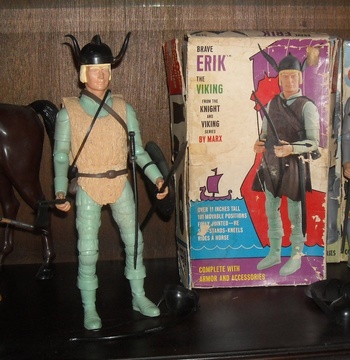 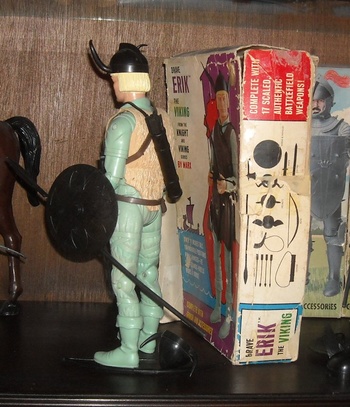 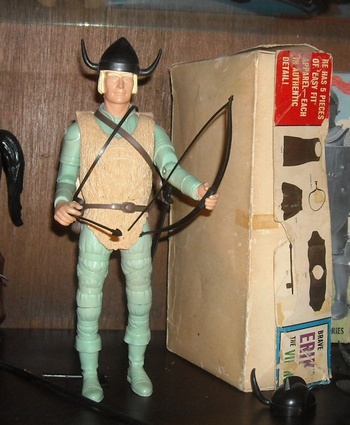 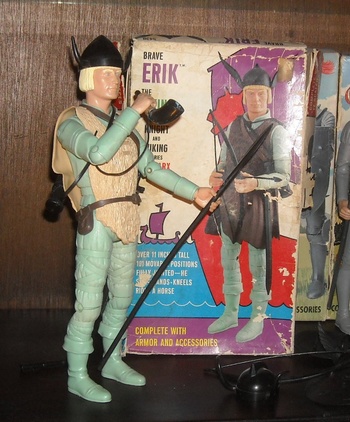 In toy land knights and Viking go together as do dinosaurs and cavemen. Despite the fact that these are not a historical match this is how it is.
In 1970 Marx came up with noble foes for their knights thus the Mighty Vikings Odin and Erik. Actually they had come up with this idea few years earlier in the 54mm scale play sets. But these were the 12" versions.
Erik is molded in the same sea foam green as the much smaller Vikings.
This one has a rough but complete box. Originally all of Erik's soft plastic accessories should be dark brown. But I did a bit of mixing and matching thus the cream colored bearskin shirt.
Erik is showing off his various accessories in the four photos. AQs you can see he was well armed.