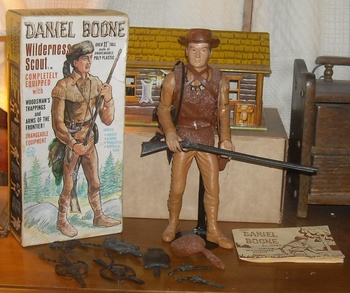 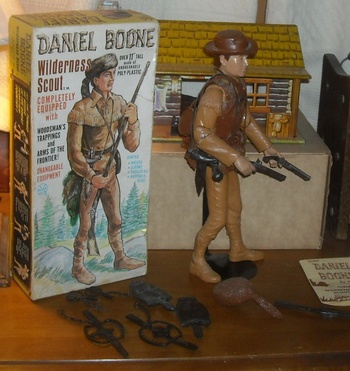 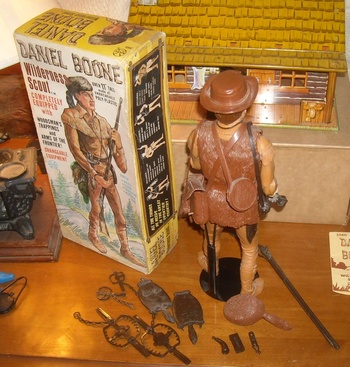 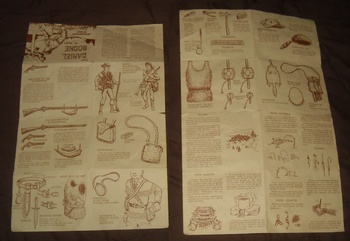 This was released in 1965 about the same time as Johnny West but was not part of the Johnny West/Best of the West line. Most likely planned to go along with the Daniel Boone TV show but they dropped this line in favor of the Johnny West series.
This figure has legs that do not move and has the open hands I mentioned in my Johnny West post. It has the caramel colored plastic that does not age well. One thing a Marx Johnny West collector needs to have is a hot glue gun as these are very fragile and will break just sitting on a shelf. This one does have some hot glue holding the arms on.