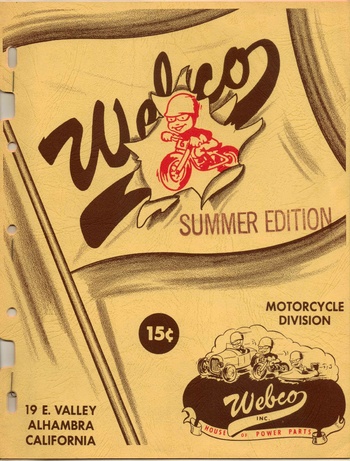 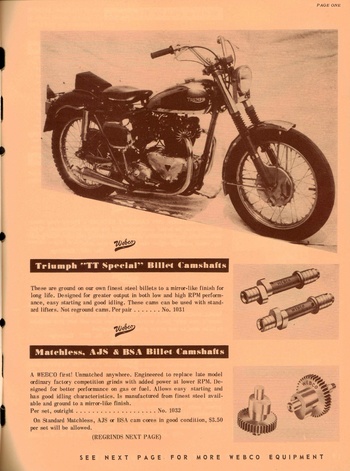 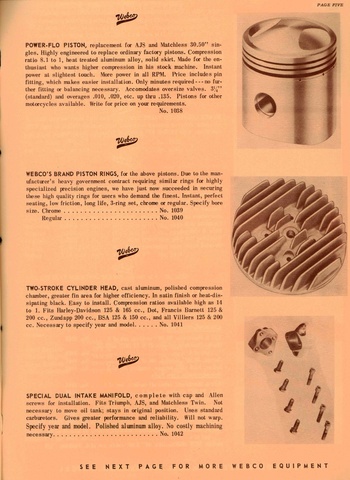 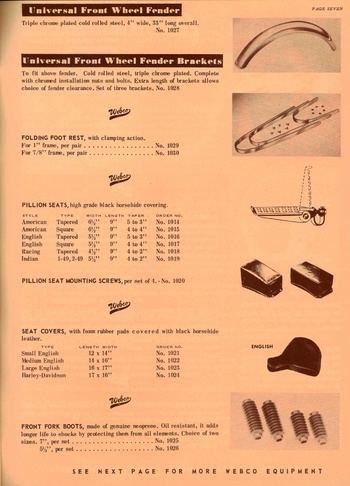 - 1955 (Summer Edition) of the Webco Motorcycle Parts Catalog
The catalog is only 10 pages long, staple bound, and holed to fit a binder.
The company was founded in 1954, so this possibly is the first issue catalog.
** Webco was formed in 1954 by Tom Heininger and Bob Hughes, two employees of Offenhauser, one of the biggest names in automobile racing parts during that era. The new company focused on producing high-performance racing engine parts for motorcycles, later expanding into all forms of aftermarket accessories and apparel. The company was well-known in the motorcycle parts supply industry throughout the 1960's and early 1970's and sold out the business in 1976.