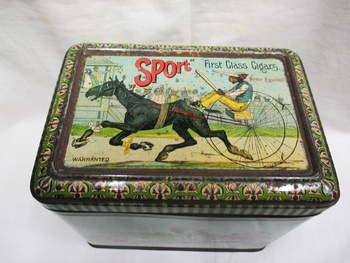 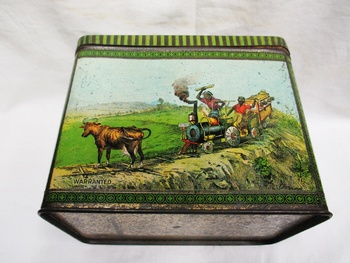 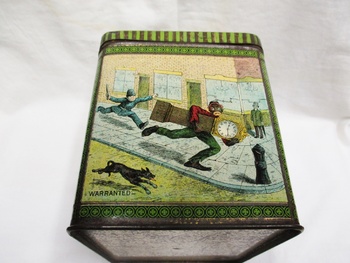 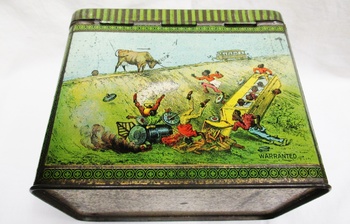 My favorite Black Americana "Crossed by 'A Milk Train.'" Currier & Ives, 1885 Huge cigar tin.
Nearly impossible to find a better condition then this one!
My all time favorite Black Americana tin!
Calling themselves "Printmakers to the People," Currier & Ives provided for the American public a pictorial history of their country's growth from an agricultural society to an industrialized one. Included in this chronicle of growth were pictures of the nation's black population. Many lithographs by Currier & Ives cast a romantic shadow over their subjects, from kittens to mischievous children to firemen. That same rosy hue appears in some of their prints illustrating African-Americans, where antebellum plantation life is presented with warm nostalgia, carefully absolved of any unpleasantness. Other, more unusual prints, used the popular medium of lithography to confront issues like abolition. Whether implicit or explicit, lithographs from Currier and Ives' now-famous firm offer strong statements on the role of race in nineteenth century American society. 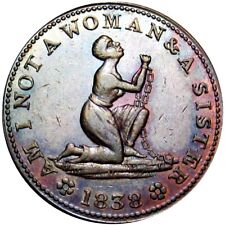 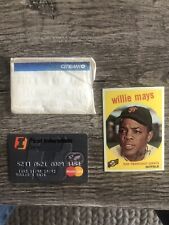 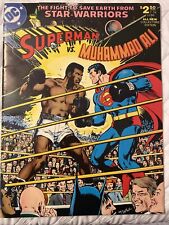