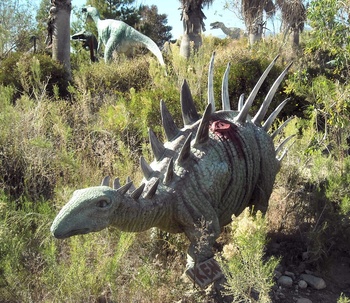 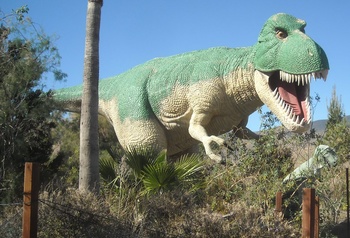 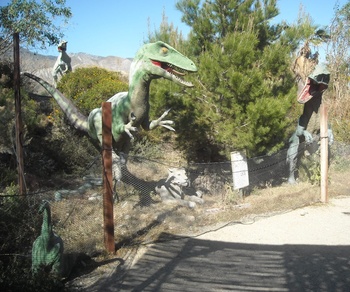 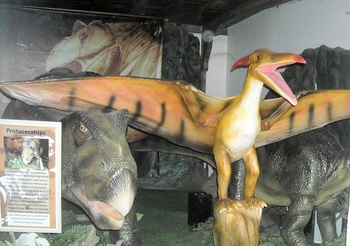 Some more of the various dinosaurs in the exhibit.
First one is Kentrosaurus, a type of Stegosaur with more spikes and less plates. This is stuff I know from when I was a kid as I was huge on dinosaurs. As you can see it has dino damage with a missing spike.
Next is a Tyranosaurus, Probably full size, looks a bit like the modern interpretation as the back is mostly horizontal to the ground as opposed to standing upright with tail dragging.
Next are velicoraptors based on the Jurassic Park version. Actual velicoraptors were the size of a turkey. What were in Jurassic park were more like Deinonychus. Never did like the raptor in Jurassic Park, they took up too much of the show and got sillier as it went on. Will be even sillier in the next one.
Wrapping it up with an animatronic Pteranodon which they keep in building along with their other animatronic dinos.