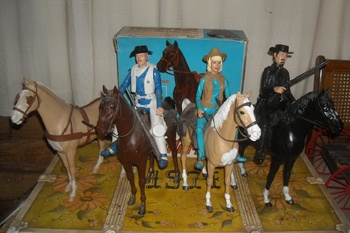 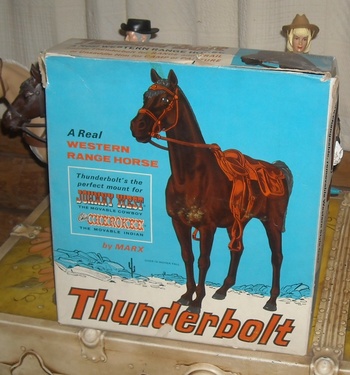 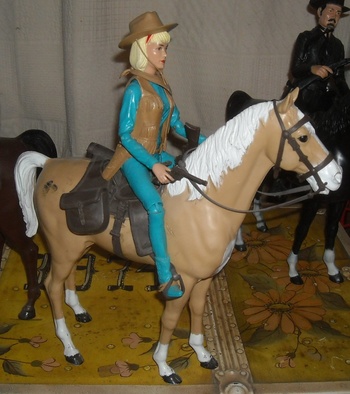 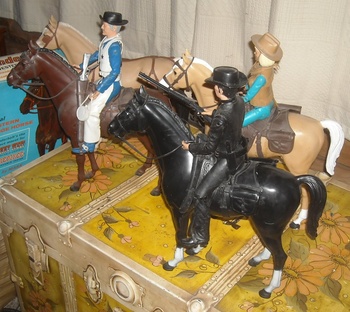 Thunderbolt is the most common of the Johnny West horses and came in three colors seen here, dark brown, palomino (Mr Ed), and Black. There were a few variations. On the right is the Buckboard version which had wheels in the hooves along with the tack for the buckboard.
In the second photo is the first version box, this one is the first series box 1965-1969.
Third photo is palomino Thunderbolt with black hooves, one of the more uncommon variations. Note the black melt mark on the rear. Horsed from this series were subject to this melt damage from contact from their tack or anything touching them for a number of years. Not a defect, they were not designed to last 40=50 years, they were just toys.
Last we have the black version. Often they are coupled with the villain Sam Cobra. It was the only black horse of the line.