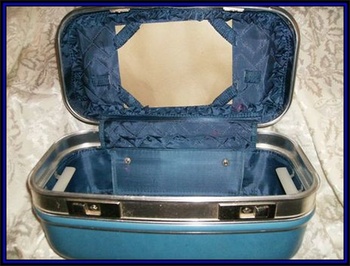 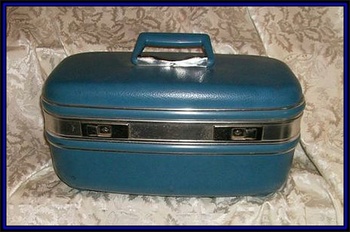 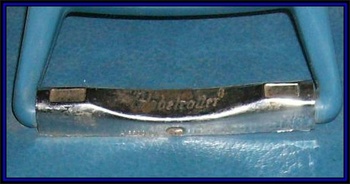 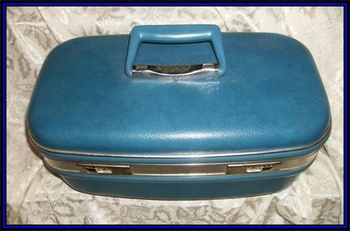 See what happens when I start to dig into my old cell pics of things....LOL

Vintage Blue Train Case. From around the 1960's / 1970's era. In good shape ........and it still HAD its mirror!! Very popular in its day. I know it was stamped somewhere something like *as commissioined by the Queen* as she had used something like this, and then it became all the Rage for everyone to have. Again from my old cell phone files, so sorry for poor pics...

Thanks, and Thanks for looking !!!