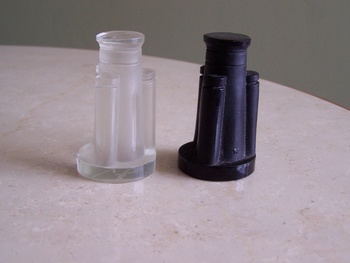 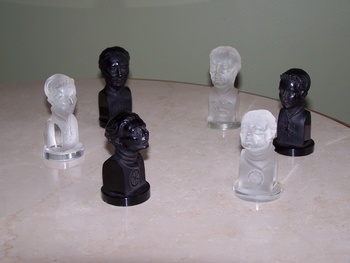 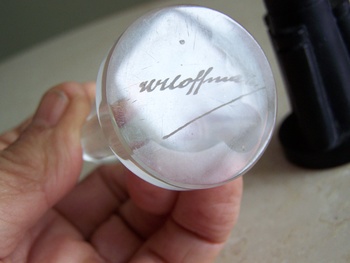 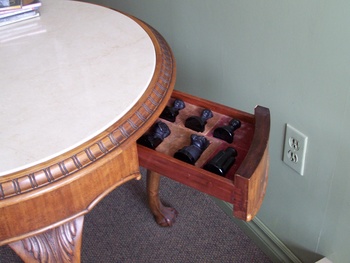 The bottom black figure photo 2 is said to be the 'Bugatti Queen' the most famous racing driver of her time. The clear upper figure that looks like Caesar ,the chess king was used as a car radiator cap in England, but is only known from original catalog! Red-Ashay was the Radiator cap maker using Hoffman' s Czech figures.
Hoffman was based in Paris and made molds for Lalique. Bought locally N.Ontario and identified by Andy McConnell, author 20th Century Glass. Many thanks.