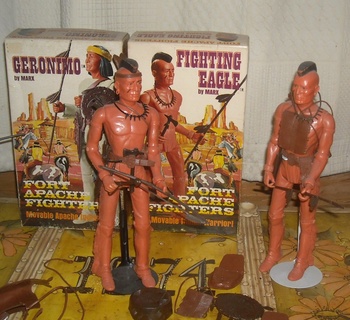 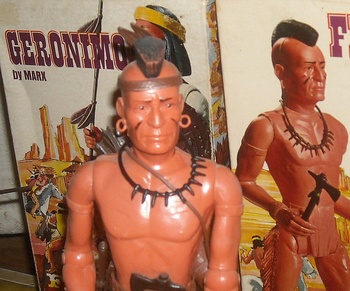 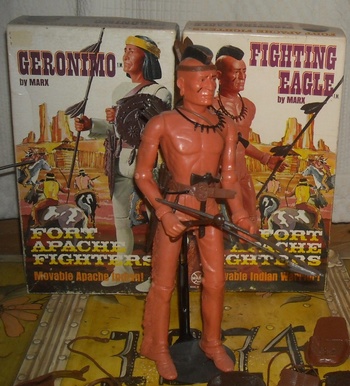 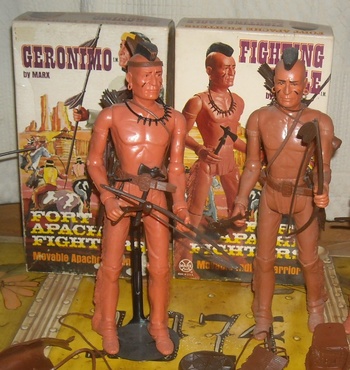 This is Fighting Eagle which was released in 1967. One of the less common figures of the series. One of the things you want to look for when collecting these is intact earrings. In the second photo you can see the earrings. Also the reddish body is more desirable than the later caramel body, the caramel body is on the right in the last photo. Aside from being less common it looks better.
A last note is that the background artwork for this box and the Geronimo box are reversed. It does work well for displaying the boxes.
This is the last of the Fort Apache Fighters series. Next will be Johnny West's family and animals.