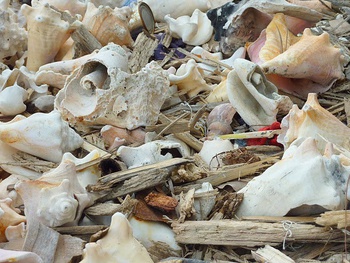 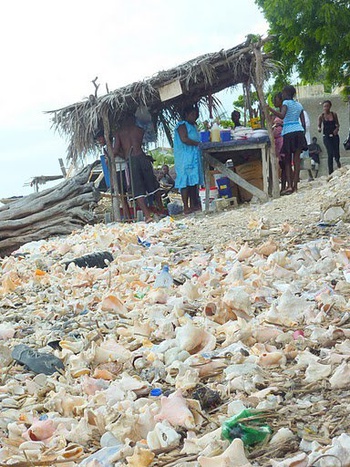 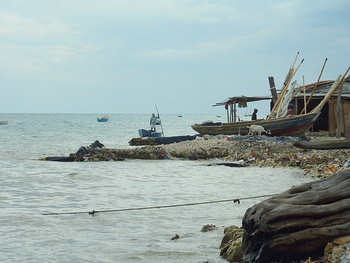 Last summer I made a humanitarian relief trip to Haiti. We worked at a little clinic that was about a 45 minute drive from where we stayed. It was along the southwestern coast on the Caribbean Sea. One day on the way back to where we were staying, we decided to stop and visit with the locals in one of the tiny fishing villages along the way. We walked down this path from the road to the shores and we were met with a breathtaking site. Covering the shore for hundreds of feet in both direction were literally thousands of conch shells. There were so many that we could not see a grain of sand within eight feet of the water. We all took some home as souvenirs. I gave one to each of my parents and one for each of my nieces and nephews, and I kept a few for myself. As we were picking out the best ones, we all realized what we were looking at. These had been fished out of the water so that these people could eat the meat...the snails inside. Once the meat was cut out, the shells were cast aside as waste.

Since I had landed in Haiti I could not get over the absolute poverty these people lived in. The things they treasured, the things they literally made the walls of their homes with, are things we consider garbage, or junk. Now, we were rummaging through their discarded waste for a souvenir. I can't think of a more prefect example of the phrase "one man's junk is another man's treasure."