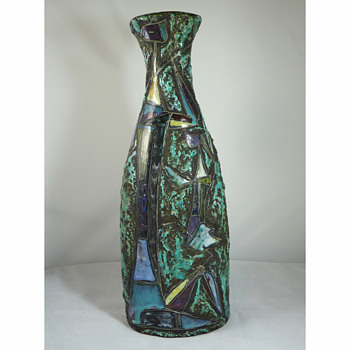 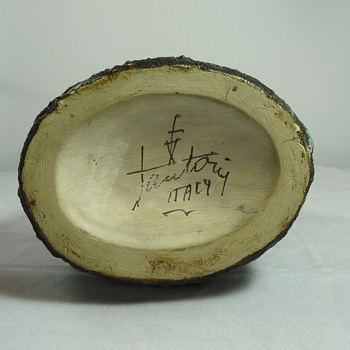 I'm not a big fan of the Mid-Century Retro period, but this 16in high Marcello Fantoni vase spoke to me and I had to have it, probably because I have a wife and daughter, and the scene on the vase is an extraordinary portrayal of a mother-daughter relationship.

A Cubist cat-faced woman is playing the flute to her bird-bodied, cat-faced daughter, who is dancing/about to fly on her mother's knee.

The figures are outlined in sgraffito and filled with purple, blue, yellow, and cream glazes, surrounded by turquoise lava erupting over a black scoria-like ground.