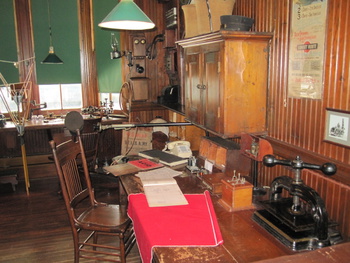 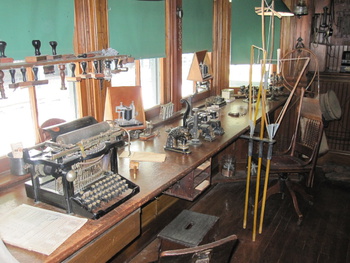 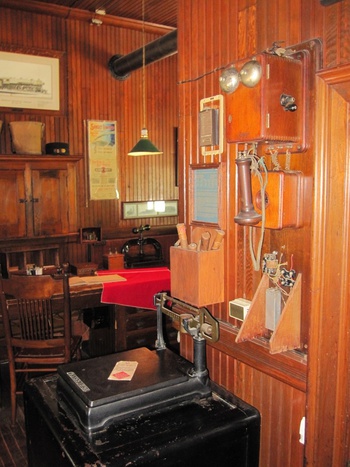 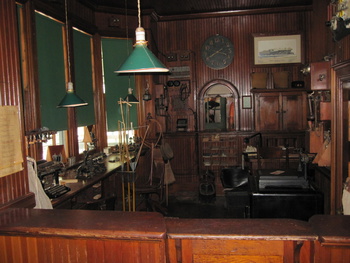 From my summer '10 whirlwind east coast antiques tour. On display at the excellent Shelburne Museum.

You see a lot of stationmaster's offices at depots across the country, mostly with a thrown together hodgepodge of garden variety items from the 1950s, 1940s and maybe the 1920s.

But this is different.

Case in point: the Charles Williams (or American Bell) wall phone in the third photo with Blake transmitter and butterstamp receiver. This is an 1880s phone (remember that phones had only been around since the late 1870s), right on the money for an 1890s office. And rare for a museum - you never see these except in a private collection.

Some other noteworthy items imo:

- the Fairbanks scale (originally a Vermont company as was Howe)

- the hand stamps and seals

- the long poles with strings and what looks like a rolled-up note at the top (it is). this is how the stationmaster would hand a note to a through train that wasn't stopping - he'd hold it out on the end of this pole, to be snagged by the passing train

- the hand press. this is a bit of a mystery to me. what do you suppose they were using it to print, one sheet at a time?