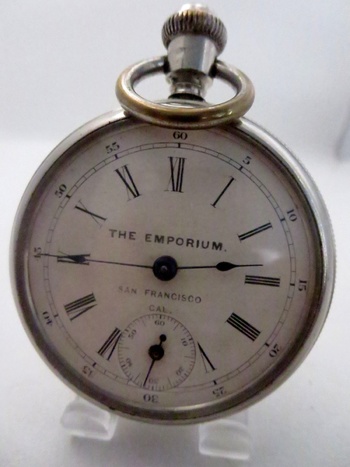 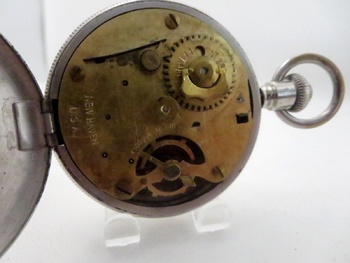 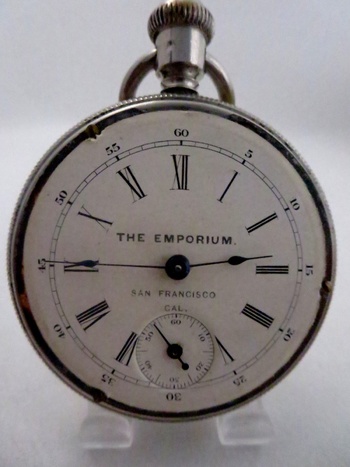 This watch advertises The Emporium in San Francisco, California.

The Emporium was a mid-line department store chain headquartered in San Francisco, California, which operated for 99 years--from 1896 to 1995. The flagship location on San Francisco's Market Street was a destination shopping location for decades, and several branch stores operated in the various suburbs of the Bay Area.
The 1906 earthquake didn’t fell the Emporium, but the fire gutted it. According to Carl Nolte’s story, all of the stock and records (including accounts receivable) were destroyed.
The Emporium building was all but destroyed, but the business kept going. According to reports, they were selling their wares again 10 days after the fire at a temporary quarters on Van Ness Avenue at Post Street — built behind a private home.
The Emporium re-opened 2 1/2 years later, with a glass dome 110 feet above the street level floor.