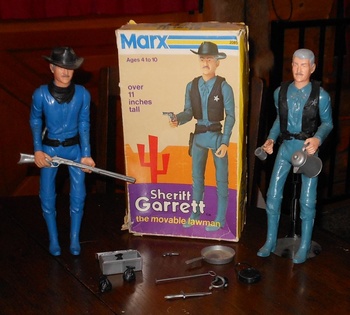 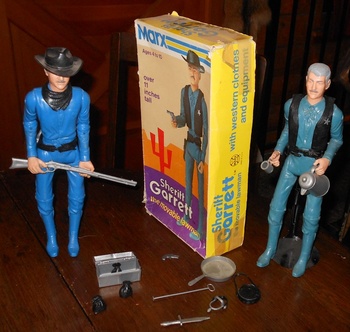 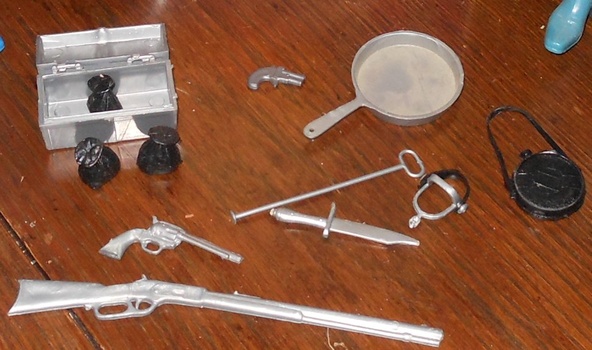 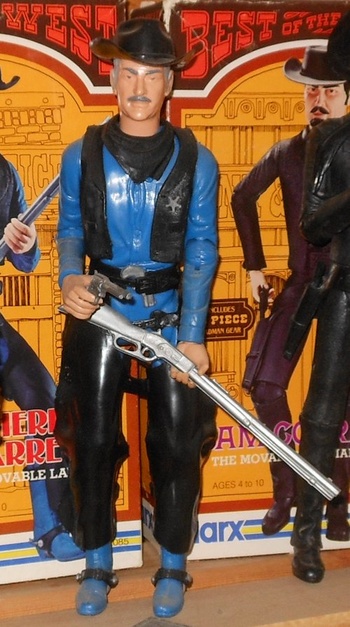 Wrapping up 1973 or MCMLXXIII as it says on the back of the figure. Sheriff Garrett was the other new character to balance out the bad man Sam Cobra.
This figure came with the same body as the very short lived Bill Buck from 14968. I believe this body was originally meant for a Billy the Kid figure or perhaps Jesse James which would have the Zeb Zachary head. Anyway that never happened.
This version of the bolo tie body had a sheriff's star which was not on the original version. Quick note that the original Sheriff Garretts had the steel blue body which was replaced by the royal blue body in 1974 (seen on the left side.
Sheriff Garrett had the same accessories as Johnny West with the addition of two sheriff that could be placed on his vest. Jane West also used the same hard plastic accessories as Johnny and Garret and all used the same mold for these accessories. Although there was a device on the mold to block the sheriff stars for Jane and Johnny.
It is generally accepted that the head sculpt is based on Dean Martin.