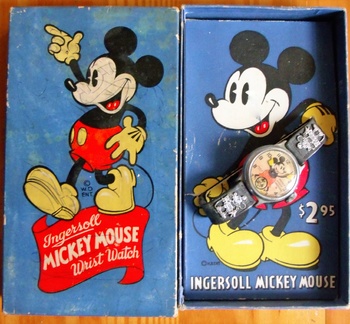 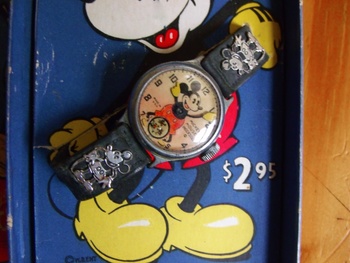 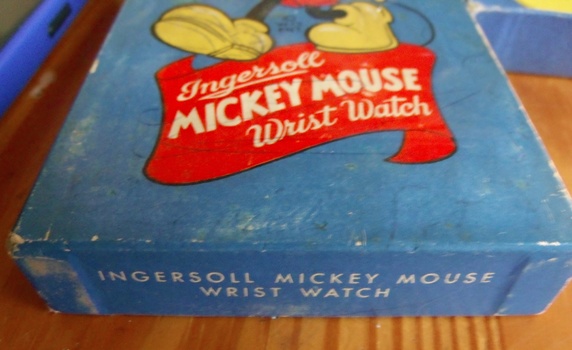 Hello Fellow Collectors. I had mentioned in an early post about the "Blue" boxed Ingersoll Mickey Mouse wrist watches. Here's on of my examples.
This watch was produced in late 1935 and sold for $2.95, the later same models(1937-38) used the same boxing, but price was raised to $3.25, earlier issues had a sticker placed over the original pricing until those older inserts were used up, then newer ones were printed as such.
Thanks for looking,
Kerry