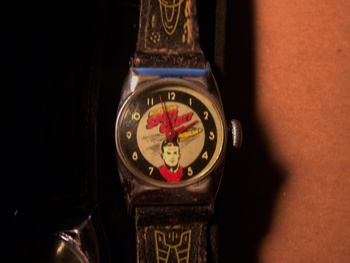 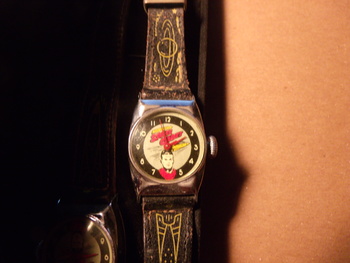 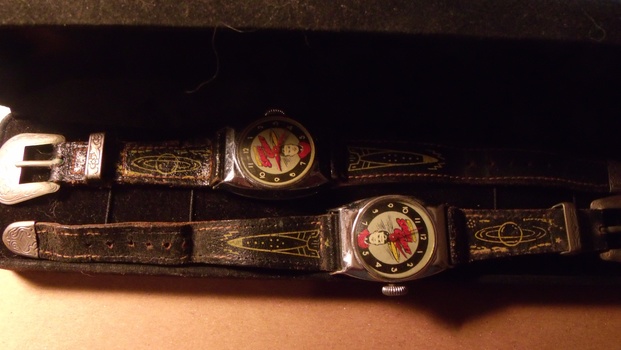 Hello Fellow Collectors. Tom Corbett — Space Cadet stories were depicted in television, radio, books, comic books, comic strips, and other media in the 1950s. He was one the best known 1950's Space Heroes to children of the mid-century.
These watches were produced by E. Ingraham, circa 1954 and support a distinct watch strap with planets and rocket ships. In 1954 to be a "Space Cadet" was a good thing...lol...how times have changed.
Thanks for looking,
Kerry