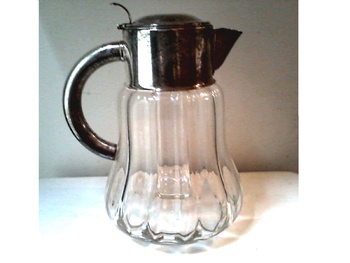 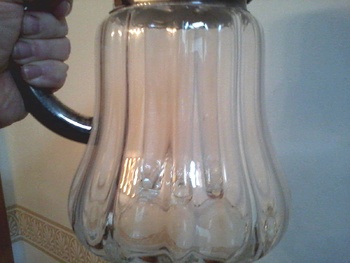 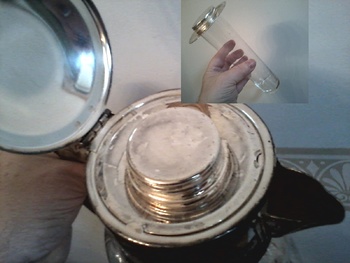 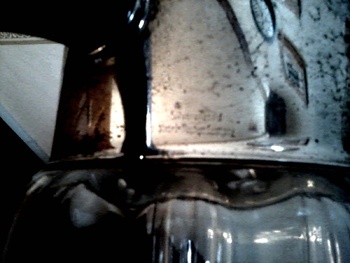 This caught my eye at Volunteer's of America today. I guess what impressed me was the heavy glass and the interesting melon shape. When I opened the lid it was still very clean and shiny as opposed to the blackened outside. Amazingly the ice tube was still there as well. No damage other than tarnish. I did give it a light cleaning but there still is a lot of mottling on the surface. Once I did that I saw the very tiny mark on the collar "Silverplated" Made In Western Germany. I did find out these are technically wine coolers. The tube keeps the wine cold without diluting it. Some of these have the "Quist" hallmark (1868-1981) on the lid but this one does not. It's a bit later since it's marked Western Germany so 1949 on. Some of these may have come from the Wurtemberg Electroplate Co. of Geislingen, Germany. This one is kind of hard to pin down since it's not hall marked but is very similar to the ones I've seen online. -Mike-