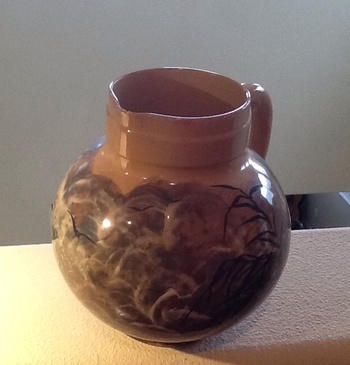 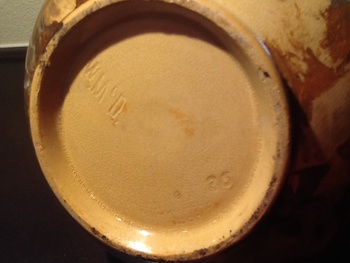 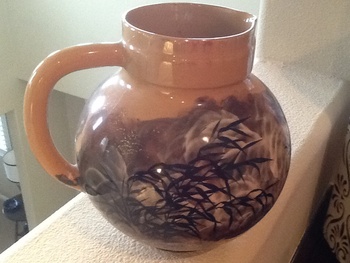 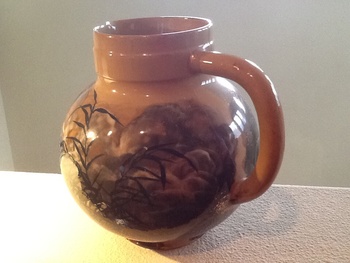 I believe I have found a nice piece of early Rookwood Pottery. I didn't know what it was when I bought it at a thrift store, but thought it as special enough to investigate. On the base incised are the letters WMD so I thought maybe it was Weller. There is also a tiny G and the number 36. So I brought it home and began my research. It wasn't going anywhere until I saw a very faint raised series of letters above an indecipherable set of numbers. Holding the base at an angle to the light I was astonished to find the word Rookwood. I was not looking for Rookwood because I am very familiar with the sunburst makers mark and R P used on all their pieces. Well, that led me to the discovery that during in the first few years of production the pottery was without the mark. Now the WMD was possibly an artist mark and a closer look revealed a small c on the right side of the M, the mark of William McDonald as it turns out! Photos of his work confirmed my research but I still can't believe it! I would welcome any comments on this piece. Thank you! 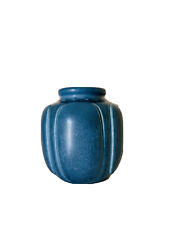