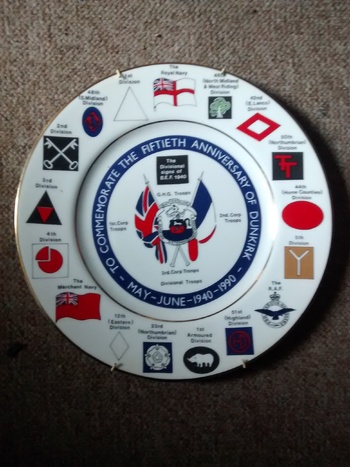 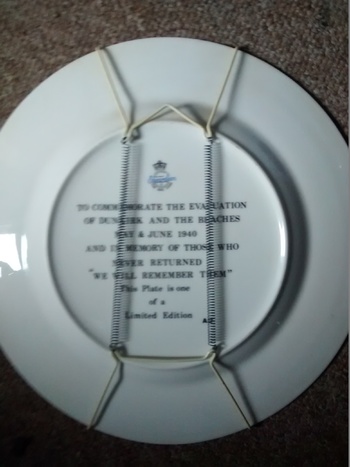 To Commerorate The Fiftieth Anniversary of Dunkirk May - June 1940-1990

On the outer rim are all the Military services who took part. On the rear it reads To Commemorate The Evacuation of Dunkirk and the Beaches May and June 1940 and in memory of those who never returned "We will remember Them"

This plate is one of a limited edition AD.