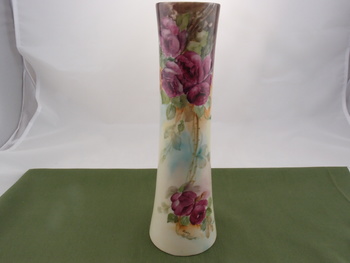 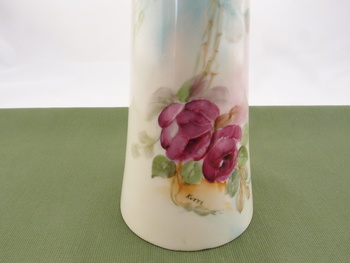 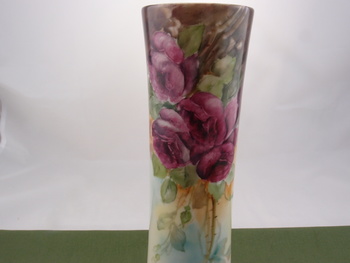 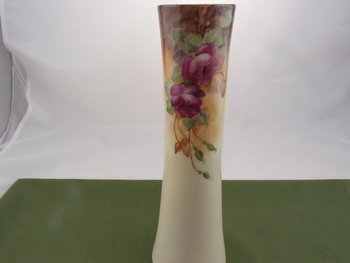 My latest auction find from yesterday - a Willets Manufacturing Company Belleek vase. I don't know the exact year of manufacture, but the company was only in business from 1879 - 1909, which makes the vase 100+ years old. The condition of it is amazing for that age.

The history of these pottery companies in the mid/late 1800s to early 1900s is quite fascinating and far too long to put here. The only American belleek company to survive is Lenox who started out as Ceramic Art Company in 1889. Lenox's partner in that venture was Jonathan Coxon, Sr. (his sons started Coxon Belleek Company in 1925).

It's quite possible Lenox could have decorated some Willets items as well (not this one) as he worked there at one time. He was also the Art Director of Ott & Brewer. Willets also had a William Bromley, Sr. working there at one point who came over from Ireland's Belleek Pottery Works Company. Bromley also worked with Lenox at Ott & Brewer.